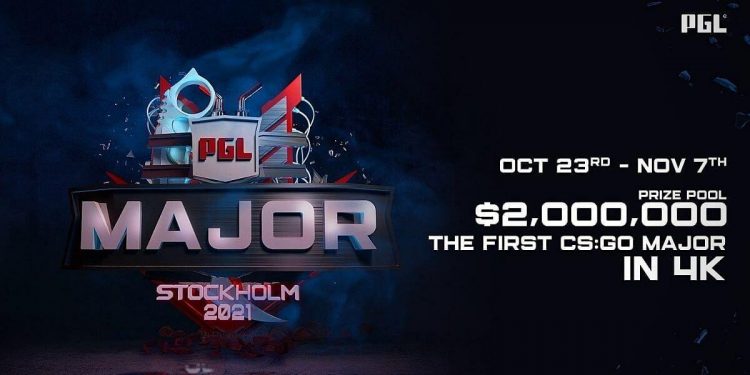 After a long gap owing to the COVID-19 pandemic, Valve has finally announced Counter-Strike: Global Offensive’s first major in two years. The PGL Major Stockholm 2021, is slated to be played this fall from October, in Stockholm Sweden.

The PGL Major Stockholm will be the richest CS:GO major in history, offering a handsome $2 million prize pool to its players. The last major was held in August 2019: the StarLadder Berlin Major. Since then ESL Rio 2020 that was set to take place in Rio De Janeiro, kept getting postponed and was then cancelled.

The upcoming major will receive an upgrade in terms of viewer experience as it will be the first-ever CS:GO major to be streamed in 4K 60FPS. Alongside this, organizers are looking to add some innovative Augmented Reality elements, brand new custom HUDs, and other new features that will be unveiled at a later date.

The PGL Major Stockholm major 2021 will be held in Stockholm, Sweden at the Ericsson Globe. The Ericson Globe has been host to prestigious events over the past few years including the 2014 DreamHack Invitational and DreamHack Masters Stockholm 2018.

The PGL Major Stockholm is scheduled to be played this fall season from October 23rd to November 7th. If health and safety conditions permit, there will be live audience for the final matches at Ericsson Globe, which seats 16,000.

A ray of hope for the dying CS:GO scene

The ongoing pandemic has devastated the CS:GO scene and has resulted in many players either retiring from the game or switching to other games, especially Valorant. The scene somewhat upholds in the European region however, the North American scene is dipping.

Since pandemic conditions are slowly becoming stable with vaccines already being shipped, CS:GO has announced it’s first major after a two-year-long gap, which serves as a ray of hope for the dying CS:GO scene.

New multiplayer maps, new weapons, and more to look forward to in Season 4 of Black Ops Cold War and Warzone