No Result
View All Result
Home How To 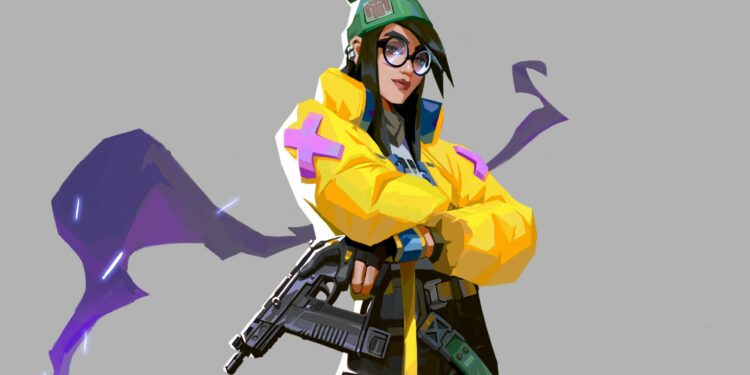 Killjoy entered Valorant with the Act 2 and since then it went on to becoming one of the craftiest and sneaky agent. As a sentinel, Killjoy is filled with defensive gadgets, where she can lock down an entry site and provide her team the intel which helps during crucial rounds. Though the lack of flashes, smokes or any dueling capability, killjoy players tend to rely on their teammates on the attacking side, while during retakes with these abilities to force enemies off the bomb sites alongside clearing corners with the nanoswarms.

Overall, Killjoy is one of the craziest addition to the squad, a pretty decent pick on most of the maps whether that be competitive or professional tournaments. Killjoy shares a lot of similarities with Raze and Cypher, if you blend Raze and Cypher together, you might end up with Killjoy. She’s all about placements, the turret to gather intel, nanoswarms for zoning out the enemies with the AoE (Area of Effect) damage and clear out corners while an alarm bot to trick people. You can activate this ability to throw a nano grenade that turns invisible once landed, which can also be detonated remotely exactly like the Cypher’s cage but with a lot of damage. Though, enemies can also see the nanoswarm if they’re too close to it and shot it down, making it useless while still notifying you about the gadget failure.

There are a various way to use these nanoswarms as you can have two equipped in your inventory at once. It’s works great for delaying pushes as no enemy would dare to push through these swarms while active as they’d take a massive hit on their health bar. It also works strongly as a delaying technique after plant, while you can hide somewhere around the corner and plant a swarm beneath the spike and detonate on the diffuse sound, that might sometimes buy you enough time to save the round.

Alarmbot is a small robot equipped by Killjoy, that works exactly like the Raze’s boom bot except that it’s static, and instead of moving towards the enemy it waits for the enemy to enter into its range and when triggered, the Alarmbot will notify you and closes the distance while applying a temporary vulnerable effect on the enemy that deals double of any kind of damage absorbed. You can also pair it with a nanoswarm that would instantly destroy any opponent stuck with vulnerability within a few seconds.

On the defensive side, you can set an alarm bot to trigger the area close off to your turret, allowing it to deal double the damage while alerting you and denying them from breaking off the turret, while you can also lock down the angles that no-one’s watching. You can use alarmbot on the attacking side to keep your team from being flanked, especially on maps like Haven it’s difficult to watch pushes from both the angles, that’s where Killjoy’s alarmbot would be very effective. They can also be picked up, following a 20-second delay, which lets you change your plans on the go.

Deploys a breakable turret, that fires at any enemy that’s detected while covering 180 degree angles, you can press your key bind once again to rotate the turret the other way around. The turret has 125 points of health and can be taken down, also has a brief delay of 0.75 seconds delay after every three-shot bursts dealing 8 damage per bullet at short range which goes down as the range increases.

On the offensive side, you can use it to watch your back, alarming you about anyone trying to creep up on you from behind. While on the defensive side, there are various ways to play around with. In any FPS game like Valorant, intel is key, and knowing your opponents’ location without giving away yours is a huge upper hand. You can wait out enemies push and just as the turret reacts to it, you can come out to take a duel while they’re distracted by your turret.

Anyone taking damage from the turret, is also slowed down as that’s how the Valorant mechanics work, so you can hold down the same line of sight as your turret and take down any enemy that’s slowed down by your turret. As your turret is your signature and keeps getting recharged, so it’s worth it if you lose your turret early rounds.

Put this down, and it gives 13 seconds for the enemy team to run away from the huge AoE (Area of Effect) that’s as large as an entire site and anyone stuck inside it after the 13 second, will be detained denying them from using any of their abilities or guns for the next 8 seconds while your movement speed also takes a massive hit denying you from moving.

Lockdown does a great job at pushing out enemies off the cover as the detained effect lasts for 8 seconds, which is enough for anyone to enter the site and knock them down. So it’ll either force your enemies towards you or away from your lockdown AoE.

Just like the other abilities, the Lockdown is also destructible with an HP of 150 units, you can either hide it in the cheeky spots or in some choke points. The only counters for this ult would be Brimstone’s Orbital Strike and Sova’s Hunters Fury, these are the only Agents who can destroy Killjoy’s lockdown from anywhere on the map.

Valorant was launched by Riot Games officially in June 2020, since the release of this game constant updates were pushed including new Agents (Reyna, Killjoy, Yoru, Astra and Kay/O), Map (Ascent, Icebox, Breeze) and a lot of in-game cosmetics in the form of skins with extra added effects and VFX upgraded through the in-game Radiant Points. For more, click here to stay updated about everything happening around the gaming industry. To read more about detailed patch notes and logs for Valorant, click here.