Twitch gets an all new esports directory 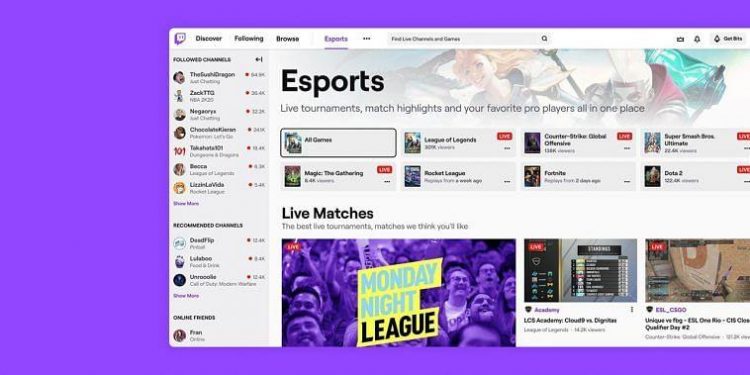 Twitch gets an all new esports directory

With the growing scope of esports in the world, popular online streaming website Twitch has gone ahead and made it easier for viewers to find and view competitive esports channels.

From now, Twitch will have a dedicated ‘esports’ button on the side, which will list all ongoing esports tournaments that are streamed on Twitch. This is a step in the right direction, because Twitch is one of the biggest game streaming services out there.

Major tournaments will be streamed exclusively on Twitch

Streaming esports tournaments is certainly something that fans of video games will be looking forward to. Earlier last month, the company also announced that they would be the sole streamers of major DreamHack and ESL leagues.

This move comes after Twitch’s updates to make their website more user friendly. They aim to categorize all sorts of games and now, esports tournaments will have their own space on the streaming platform.

Another reason for this is that Twitch is monetizing on the COVID-19 situation. They have hit an all time high ever since the lockdown began. More and more people are turning to streamers for entertainment, and Twitch has realized this.

At any rate, it is great to see that Twitch is making a move to bring esports to more and more gamers. We can expect to see ESL and DreamHack tournaments only on Twitch from next year.