In what can be considered a shocking move, the clan let's go of its PUBG Mobile lineup

In a move which can be surely considered shocking to the fans, TSM India has revealed the release (disband) of its former standing PUBG Mobile lineup. For reasons not yet cited by any of the clan leaders or managers, neither has any official statement been released from their side, we are yet to know the reason behind such a drastic change.

The clan’s lineup was a star-studded roster and consisted of some of the most accomplished and well-known Esports personalities from India. The lineup comprised of players like Abhijeet ‘Ghatak’ Andhare, Vivek Aabhas, popularly known as clutchgooddd, Jonathan Amaral, Neyoo, and Abhishek ‘ZGod‘ Choudhary.

The clan, on its official Instagram handle, uploaded a post to make the decision public and stated that their separation with all of the players from the roster was happening after agreeing to it on mutual terms. They also mentioned that these Esports personalities have decided to currently focus on the newly released game of Battlegrounds Mobile India and shall be focusing on pursuing a new challenge.

Going ahead, we are excited to find out for ourselves as to what these Esport athletes have in mind for themselves, while at the same time might be time for us to see the clan recruiting players to form its new competitive roster. We shall keep you updated on the same.

In another exciting news, FutureStation Esports announces the acquiring of two new teams for competitive Esports in PUBG Mobile. 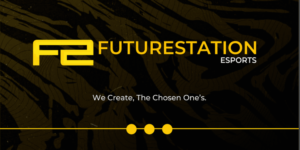