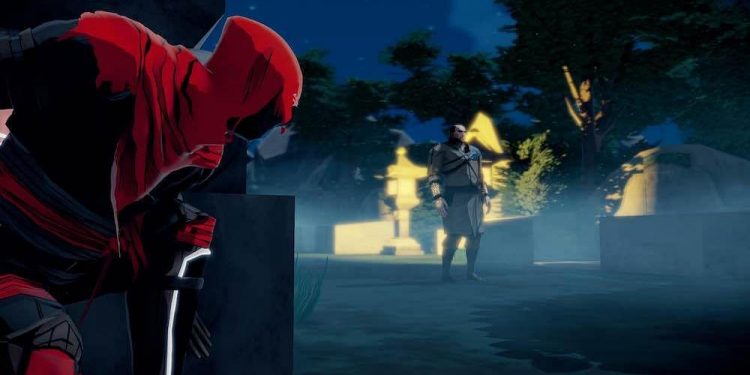 Do you like to blend in your surroundings, become one with the air, sneak up on your unsuspecting enemies and knock them into oblivion? For someone who is a fan of stealth games, it is thrilling and exciting to accomplish a goal without alerting their adversaries.

So, if you’re one of those people, here are 5 stealth games of 2020 that you might enjoy.

An open world, action-adventure game by Ubisoft, Watch Dogs: Legion will offer a lot of opportunities to sneak up on your enemies amdist all the chaos. Recruit and personalize in-game NPC’s according to your liking to join your resistance and fight together to liberate the city.

Co-op mode allows you to team up with your friends and explore other exciting avenues in the game. Watch Dogs: Legion releases on October 29, 2020 for PC, PS4 and Xbox one.

With a 9/10 rating on steam, Maid of Sker is a first-person survival horror set in a remote hotel in the Welsh wilds of 1898. The enemies in the game track you by sound- so if you bump into something trying to complete an objective or solve a puzzle, they will hunt you down.

With a background score full of famous Welsh hymns, this game is sure to send some chills down your spine. Maid of Sker is available on PC, Xbox one, PS4 and Nintendo Switch.

Released on June 16 for PC, PS4 and Xbox one, Desperados 3 has a perfect 10/10 rating on steam. For an RTS (real time strategy) adventure game that offers a lot of stealth elements, Desperados 3 is quite underrated.

You can choose to have 5 different characters in your party each possessing a unique set of skills. Careful planning combined with stealth based executions are the key to succeed in this game.

Released on 23 July 2020 exclusively for PC, Hello Neighbor 2 (alpha 1) is available for free on steam. The player has to track down Mr. Peterson without alerting the self-learning AI that adapts to your every move.

Depending on your actions, the open world changes and if the AI finds your actions to be effective, it will replicate them. Players need to be at their creative best to outsmart the AI and win.

In this open-world RPG you will be able to stealthily approach your enemies and perform one-hit assassinations with your hidden blade. Social stealth elements like blending in the crowd, sitting on a bench to evade your enemies are also present like in the previous iterations of AC games.

Assassin’s Creed Valhalla will release on 17 November 2020 on PC, PS4, Xbox one and the next generation of consoles.

In the wake of PUBG Mobile ban, you can check our story about other games you can try instead oF PUBG Mobile

Also Read: 5 mobile games to help you move on from PUBG Mobile