Taking a look at India's gaming culture, we try to figure out the games Indians are most likely to vibe with 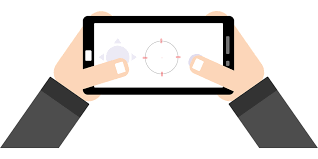 0
SHARES
47
VIEWS
Share on FacebookShare on TwitterShare on Whatsapp

Top 5 Mobile Games in India: The scenario of mobile gaming in India

As compared to other countries, where gaming as a culture is prevalent, India stands out from the rest because of its infrastructural capacities. As of yet, we haven’t had the influx of gaming on a PC or a console in a widespread manner. Instead, we Indians are big on the culture of gaming on our mobile phones. Currently, India boasts of having 365 million mobile gamers in the country and the revenue that originates from the mobile gaming market in India is supposed to get a push from its current valuation of $1.2 billion to $3 billion by 2023. Let’s take a look at the top 5 mobile games that the average youth and the adult, both like to play.

The top 5 mobile games that Indians love to play –

At the top of the list comes the eponymous mobile game PUBG Mobile, or its current Indian successor Battlegrounds Mobile India. This game needs no introduction whatsoever. This mobile gaming title truly changed the landscape and scenario of Indian Esports by becoming a household name almost overnight.  What appealed to the Indians was that the developers of PUBG Mobile captured the very vivid and enthralling experience of PUBG PC onto its mobile version and the thrill of taking part in the classic battle royale experience appealed to one and all. This is the one title that will always appear in any list that is formulated with the topic ‘top 5 games that Indians love to play’.

Third, in the list comes another famous gaming title of Clash of Clans. Developed by Supercell, this real-time strategy game won the hearts of many Indians because of its really brainy and intellectual type of gameplay. The whole feature of clan wars along with the solo gameplay pattern of things made this game a runaway favorite for many casual and competitive gamers in the country. Organizations like S8ul Esports maintain a standing lineup for this game.

Next on the list comes the very popular mobile gaming title of Subway Surfers. This endless runner mobile game is a favorite among both kids and adults alike. It offers both a relaxing as well as a fun competitive spirit when played together with friends where you run for creating the next personal high score. With timely updates and themed seasons, the developers make sure to keep the game fresh and enjoyable for its concurrent players.

The one title that cannot be missed out from this list is the online version of the age-old favorite board game of everyone, Ludo. With the whole world going into lockdown due to the pandemic, almost all of India starting from kids to elders took to playing the online board game to keep boredom at bay and spend ample free time doing something fun. The best part about the game was, you could play the game with strangers and friends alike, not worrying about strategies or points, and just have some good old fun.

According to an estimate gained with the help of public opinions and independent reviews of the Indian gaming community, this is the conclusion we have arrived at in regards to these 5 mobile gaming titles. If you have any particular favorite game of yours that seems to be missing from the list, feel free to mention them in the comments below.

Forza Horizon 5 will be including RTX audio, other improved engine sounds and mechanics.