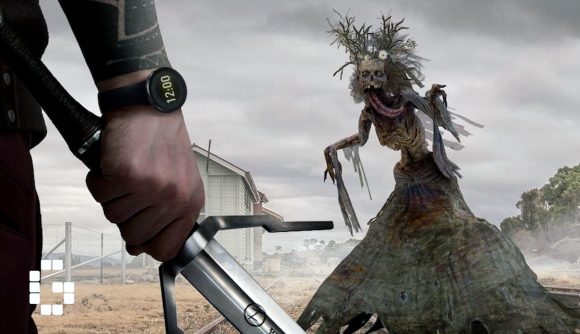 The latest title from The Witcher series is coming out this month for your mobile phones- this isn’t The Witcher 4, but an augmented reality based mobile game kind of like Pokémon Go except scarier and features an improved experience. The Witcher: Monster Slayer is set to release on July 21st.

Though unlike Pokémon Go, The Witcher: Monster Slayer will be an augmented reality based game, but it’ll include a deep story line along with completely “story-driven adventures” with respect to the quests attached to the characters in-game. Also, the Monster Slayer’s official website states that this game is a prequel “set long before the time of Geralt of Rivia”

The gameplay mechanics here will be familiar walk-em-up type of game similar to Pokémon Go, though the emphasis here would be the combat with monsters compared to the Pokemon AR game, where you were to “catch ’em all.” The Witcher: Monster Slayer is a first-person and “RPG-inspired” title that includes The Witcher aesthetics of block and hack sword fighting and besides the hand-to-hand combats, Witcher also includes hunting various creatures in the wild where the real-time weather affects the creatures as well as the players.

The Witcher: Monster Slayer is a mobile game, though the PC enthusiasts can still try a work around as they did with Pokémon Go. The developer CD Projekt RED also confirmed that The Witcher 4 is also in development but after what happened with Cyberpunk 2077 they don’t want to announce any dates or details until they are very sure about it.

The pre-registration has already begun for the World Premiere that’s set on 21st July, hit on the Google Play Store to register.

Netflix acquires ‘Next Game’ for a whopping $72 Mn; further consolidates footing in the gaming industry