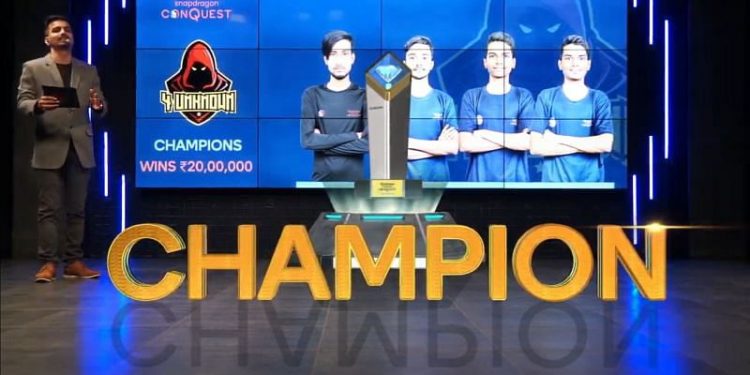 The winner was announced after a total of twelve teams battled it out over twelve matches that were spread over two days for the title. The teams competed for a prize pool of Rs. 50,00,000.

Snapdragon Conquest saw a landmark turnout and an overwhelming response from the eSports fraternity from across the country. The tournament was a great success and has paved the path for future esports tournaments in India. Free Fire is one of the hottest mobile games in India right now, and fans watched each match with bated breath.

“We are also proud to have had this opportunity to bring gaming talent and communities together from across the country. India has a very promising eSports eco-system, and we are committed to supporting in every way, be it with devices powered by Qualcomm Technologies’, or programs such as Snapdragon Conquest,” Vagadia added.