Below you shall find match winners, and the team winning the tournament, as well as the winners of the fun gameplay sessions 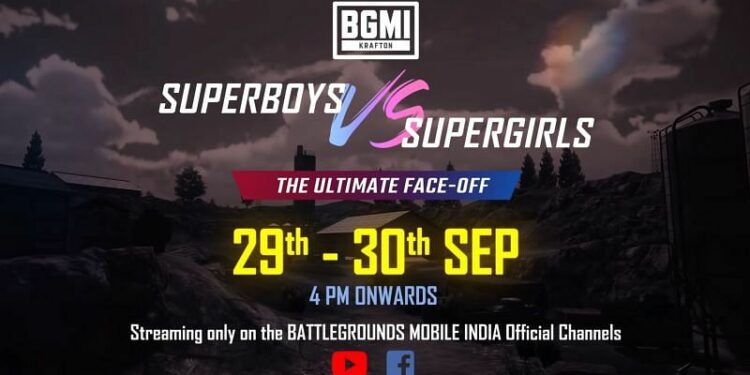 The entertaining BGMI event, Superboys vs Supergirls, the Ultimate Face-Off, concluded today with the second and final day. Male and female Battlegrounds Mobile India content makers and players were battling it out for a prize pool of INR 3,50,000 in this event.

The competition and fun phases of the event each had their own prize pool. In the end, Team Kanika won the competitive leg, scoring 79 points in four matches with 27 finishes.

On both days, the squad sealed the deal with Chicken Dinners. Following them in second place was Team Sherlock, who scored 53 points with 17 eliminations after displaying exceptional skill and gameplay. After a good effort on Day 1, Team Kaashvi took third place with 50 points and 26 finishers.

The Supergirls swept the competition, as teams led by female content creators won every podium slot. The first-place prize was INR 1,50,000 for Team Kanika, while the second and third-place awards were INR 70,000 and INR 30,000 for Team Sherlock and Team Kaashvi, respectively.

On Day 2, the competitive matchups began with the first game being played on Erangel in a TPP perspective, as is customary. Sherlock won the Chicken Dinner with nine eliminations while playing alongside a group of competitive players from various squads. 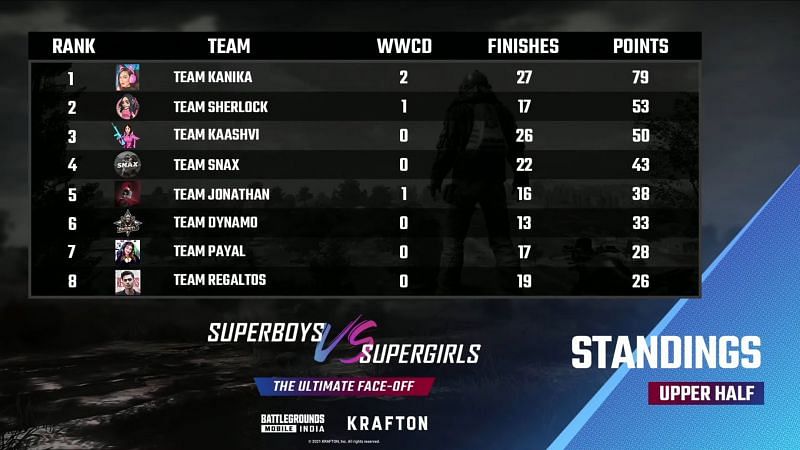 In FPP perspective, the next competitive leg match was played, which also served as the second and final match of the day, was held on Sanhok. Team Kanika was patient and achieved a resounding victory to take first place in the BGMI event.

Team Sherlock, too, performed admirably, securing second place in the overall standings with a third-place, three-frag finish in this game. Team Krutika, which competed alongside Team XO, also performed admirably and finished third. 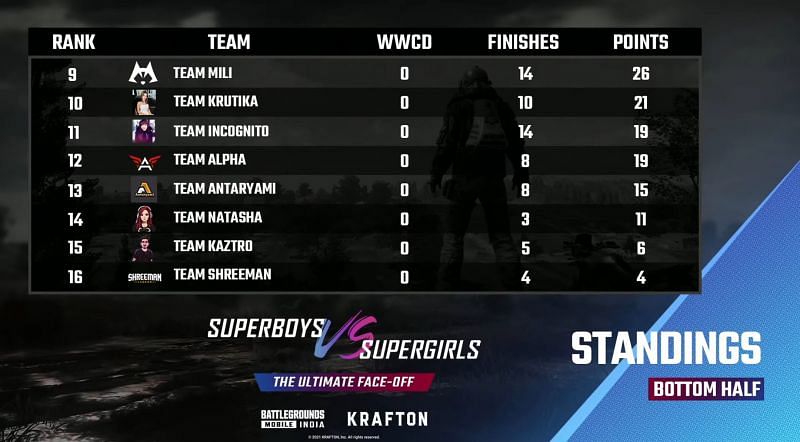 On Day 2, there was a Pan Fight and a Cosplay Show-Off. Incognito, another Supergirl, got the first prize, which was worth INR 25,000. The Cosplay competition at this BGLI event was entertaining, with contestants putting their best in-game clothing and inventory on display to impress the judges: K18 Thug and Mortal. Incognito swept this category as well, taking home another 25,000 dollars.