Your next best close-range specialist! 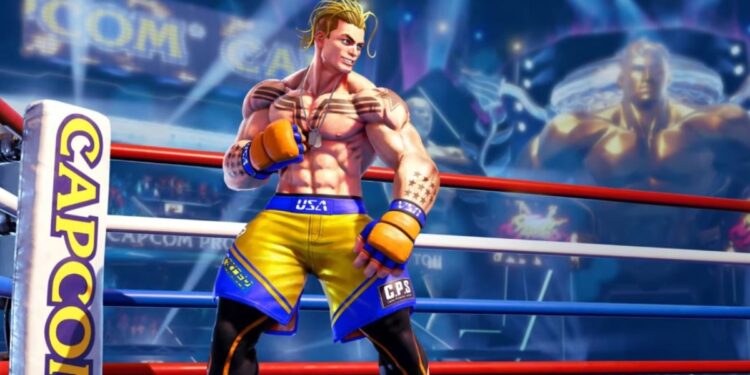 Capcom renewed it’s interest in Street Fighter V, with the release of the game’s Champion Edition last February and the subsequent addition of a fifth season of downloadable content for the game.

On November 29, all players will be able to play Street Fighter V‘s final DLC fighter Luke, an original character created for the latest instalment in the franchise. This shall mark the end of substantial work on the game.
According to the storyline, Luke will have a complicated and unique past, as revealed by the game director Takayuki Nakayama and producer Shuhei Matsumoto, which shall be fully described once he is playable in-game. For promotional purposes, the developers were eager to show off more gameplay for Luke, a close-range brawler by playstyle.

Luke will press forward slightly with all of his basic punches, keeping him in continual motion since he wants to leave no space between himself and the opponent in practically any situation. He can also evade foot pokes or low attacks by using his varied kicks, which he may follow up with his own low moves that can be transformed into special moves.

Luke’s specials and V-System are simple – he wants to hit hard and fast, giving him as many opportunities to follow up as possible without allowing his opponent to respond.

Sand Blaster is the sole assault that does not fall into any category of his usual attacks, as it is a projectile that may even deflect incoming projectiles from enemies. This is further demonstrated with his “Suppressor” V-Skill, which transforms Sand Blaster into a devastating strike from afar.

Overall, Luke’s choices beyond medium range are limited, but his entire playstyle is designed to slow down your opponents rather than wait for their push or poke from afar. His quick, fluid mobility allows him to transition between different combos while also putting substantial pressure on an opponent’s defense providing skilled players with powerful tools to keep opponents on their toes.

The Premium Pass of season five will include Luke, as well as all of his costumes and other collectibles. For those who merely want to focus on gameplay with the character, the pass comes with additional material or can be purchased separately from the Character Pass.

Matsumoto has also stated that Luke will play a key role in the next Street Fighter project, and that what fans will see in Street Fighter V’s final character is simply a sample of what’s to come. “SFV has been a project with peaks and valleys for us, but thanks to our fans, we’ve been able to do what we set out to do. This experience will serve as a springboard for us, the development team, to go on to the next project.” Takayuki Nakayama stated.

Although no specifics regarding the next project are available, the team intends to release more information in 2022. This suggests that work on Street Fighter 6 has already begun, and that the game will be released soon. Can Music improve your gaming performance?