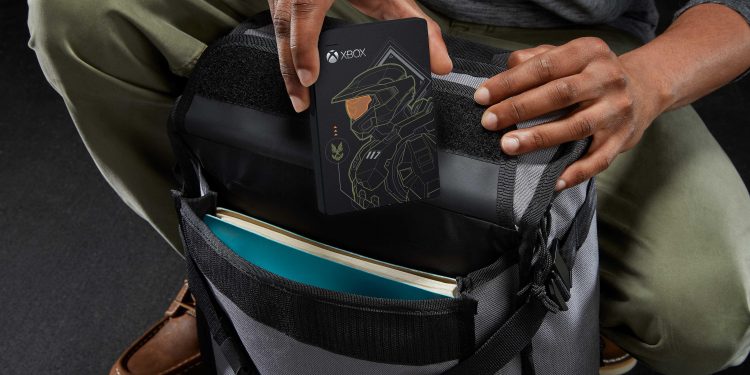 Seagate International has announced a new range of limited edition expansion drives for your Xbox Consoles. The limited edition drives come in partnership with 343 Studios- the folks behind the Halo Series of games. Halo and Xbox are two gaming entities that go hand in hand and with these cool new expansion drives, you can show off your style as well as your games wherever you go.

Game Drives for Xbox allow you to store some of the content of your Xbox on to the external storage. The new limited edition Game Drive version comes with a cool new Master Chief themed graphic, so that you can flaunt your love for the Halo series.

What you need to know about the Limited Edition Game Drive

Seagate’s Master Chief limited edition game drives feature a unique and sleek case design that celebrates the Master Chief John-117. Along with that, a limited Master Chief Vinyl die-cut sticker set also comes in the box for fans to collect.

The drive comes in two variations- if you’re a casual gamer looking for extra space, then the 2TB variant of the limited edition drive is fit for you. If you’re more of a hardcore gamer and have more digital copies of games than discs, then the 5TB variant is more suited for you. This way, you can keep the games you play often on your Xbox console and the occasional games on the external game drives.

What’s neat is that these game drives will work with all generations of Xbox Consoles. You may have an age old Xbox 360, but supported games for that console will run via the game drive. Additionally, if you have an Xbox Series S console, the extra storage space for games will certainly come in handy. The drive is also compatible with the USB 3.2 gen ports found on the Xbox Series consoles, meaning you get fast data transfer rates.