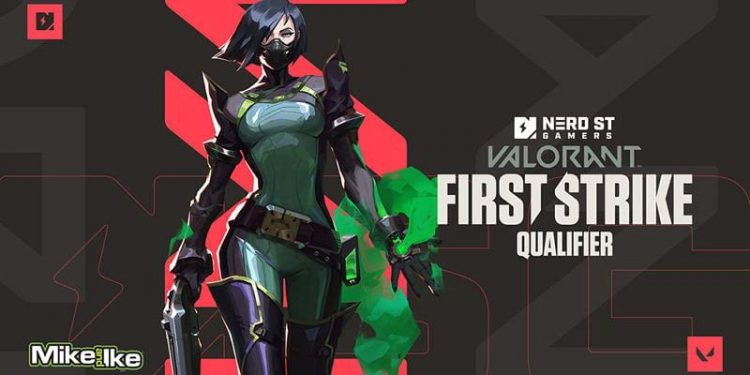 Each final will feature the top eight teams teams from the region, who will earn their spots via a series of merit-based qualifiers. Riot has shared the dates and tournament formats for the qualifiers of a few regions, with the North America qualifiers taking off first on October 26th.

Recently, Riot has partnered with Nerd Street Gamers and Engine Media to organize the First Strike for the North American region . Riot has said that the main aim of the partnership is to Broaden Competition & Offer $100K Total Prize Pool.

This will be the first set of tournaments from Riot Games since Valorant’s release in early June. Riot has said that the tournament will crown the first VALORANT champions via multiple regional finals taking place from December 3-6.

Here are the dates and details for the regional qualifiers of Valorant First Strike.

The competition will begin on October 26 with our first open, 128-team tournament, produced by partner Nerd Street Gamers. The tournament will whittle down the pool to 16 teams, who will compete in our first qualifier. From there, the top four teams will advance straight to the main event, and the next four teams will advance into the second open tournament for another chance to fight for their spot in First Strike.

The second open tournament, produced by partner Engine Media (UMG), will start November 11. The top twelve teams will move into the second qualifier, joining the four teams from the first qualifier. From there, four more teams will make it into the First Strike event — making a total of eight teams competing for a slice of the $100K pie.

Information on the Europe’s First Strike Qualifiers can be found . The Open Qualifiers are split into four separate tournaments, two per week, with the top sixteen teams from each advancing to the respective week’s Play-In stage. Competing teams aren’t tied to any single Qualifier, which means that if your team gets knocked out of Qualifier A, you can try again in Qualifier B, C, and D. Teams therefore have four chances to secure a place in the Play-Ins and potentially advance to the Playoffs.

Information on the OCE Qualifiers can be found . Additional information about the qualifiers will be released in the next few weeks.