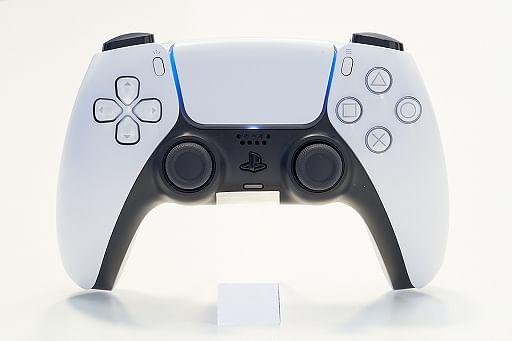 In a recent exclusive unboxing video of the upcoming Playstation 5’s controller, the Dualsense, YouTuber Austin Evans showed us around the controller. In the video, he proceeded to teardown the controller and pair it with a few devices.

From the video, it has been confirmed that the Dualsense controller will pair with Android phones and PCs and work like a charm. In his video, Austin Evans showcased an Xbox Game Pass game running on an Android phone using a PS5 controller.

For starters, the button layout on the new controller looks exactly similar to the previous DualShock 4 controllers. There’s a D-pad on the left, four action/face buttons on the right, two analog sticks at the bottom, four triggers towards the front, a touchpad in the middle with the PS button below it, a MUTE button, and two buttons for Create and Options.

Later in the video, Austin Evans tries to pair the controller with a next generation Xbox Console, which, to no one’s surprise, doesn’t work. On a PC, however, the controller connects wirelessly with a few bugs here and there. Using a third party software could help ease out the issue.

Furthermore, he then connects the controller to an Android phone and the controller works seamlessly- for navigating through the phone or playing games.

An interesting takeaway from the video was that when connecting the Dualsense controller to the PS4, it would only show up in the devices menu as a wireless controller. Additionally, the controller did not work on a PS4.

In the teardown, Evans noted the presence of haptic adapters behind the trigger buttons of the controller. These will be used to provide tension in games that support it.