Production speeds up, but the release date is far away 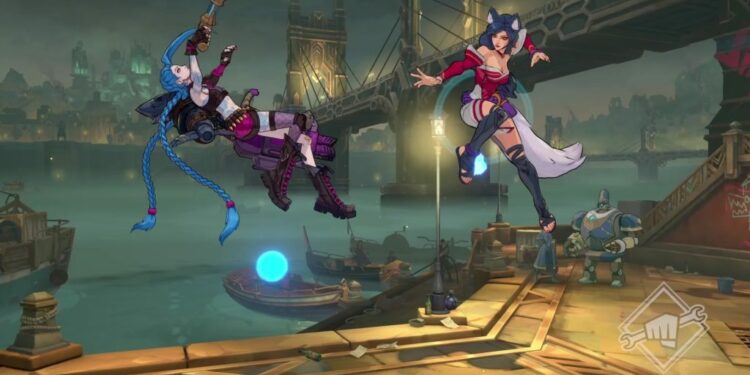 Project L, an unnamed fighting game that has been in development by Riot Games for some years has been kept a well guarded secret. However, with fighting game community (FGC) figureheads, Evo Championship founders, and the leads of Project L – Tom Cannon and Tony Cannon preparing to reintroduce the game to fans, production for the game appears to be heating up.

Project L, which was first announced at Evo 2019, is still “too far out” for an official release date, but the team is eager to give more gameplay and an insight into how they are developing the game as a 2D, assist-based fighter.

From the realm of Runeterra, players shall be controlling two separate champions, with tag-in and assist elements that are both familiar and new, adding further levels to a player’s fighting game fundamentals and quick decision making. The purpose of the core fighting is to give players a strong foundation while also introducing gameplay elements that allow fans to be as creative as they desire to be in combat. Project L will embrace a control style that is simple to pick up and understand but has enough depth to provide dedicated players with lots of layers to peel and master, to go along with that approach. Part of the process of creating a champion for the game involves taking iconic techniques and abilities from League of Legends and other such similar games, and adapting them to a fighting game. For Project L, this also entails developing the elements in such a way that allows players to use each character in a variety of ways.

Let’s take into example, Ekko’s ability to control time in order to gain an advantage in a situation. Belonging to the city of Zaun, Ekko is a prodigy who can manipulate time in order to change any situation the way he wishes, and use it to his advantage. He branches reality and explores the branched timeline to search for the perfect moment. The particular manner in which the developers will create a champion may involve the use of Ekko‘s core abilities, which involve producing afterimages when performing particular moves, which he can later rewind to at any time within a short period of time. This is a powerful way to mix up combos and get out of sticky situations. He also carries his classic Timewinder grenade, which can be thrown from afar and slows down opponents’ movements for a few seconds once it hits them.

Overall, this sort of an ability kit reflects the developer’s approach to Project L, which is to assign each skill of a champion a “main purpose” while also allowing players to employ those moves in non-primary ways, say for instance through the grenade.

To round up their discussion on Project L‘s foundation, the Cannon brothers delved into greater into on the game’s net code and other online areas, where Riot and the team are “spending heavily.” Cannon acknowledged that Project L‘s online infrastructure has been constructed from the ground up to give a close to flawless simulation of offline play in all aspects, citing the FGC’s recent revamp of online tournaments as an example.

Not only are the Cannon brothers experts in this field, having previously developed the rollback net code programme, but it will also take key elements from other Riot titles and will use Riot Direct, Riot’s internal network service, to directly connect players and minimise latency. Furthermore, if your opponent’s internet is dropping frames or having problems, this particular issue will only affect them, allowing your game to operate as smoothly as possible under those circumstances.

Since the algorithm of the game of Project L will be able to determine who has left the lobby and naming a clear winner in such a scenario, it shall be possible to warrant on the player who leaves with a punishment in succession. This monitoring system will also be instrumental in reducing rage quitting. To wrap up this presentation on Project L, Tom Cannon has stressed that the game is still in the early stages of development, which means that fans shall still have to wait a long time until it is ready for a playtest in an alpha or beta version. The Project L team, on the other hand, will not cease communications & regular updates from their end after this update, and will instead seek to keep fans informed when the developers have major news to offer.