Sony has officially unveiled PlayStation VR2, a next-gen VR system built exclusively for the PS5 console. It comes with the PlayStation VR2 Sense Controllers and its features will take virtual-reality gaming to a whole new level.

PlayStation VR2 is the next generation of VR on PS5.

In February 2021, Sony announced that they were working on a new VR system for the PlayStation 5 but they didn’t reveal what to expect from it. A couple of months later, reports surfaced that suggested this VR system will have eye-tracking, foveated rendering, and inside-out tracking, but none of this was confirmed, until today. With the official reveal, Sony has also highlighted PS VR2’s features. Firstly, the system offers a high-fidelity visual experience with OLED Display, 4K HDR, 110-degree field of view, and foveated rendering. It’ll have refresh rates of 90 Hz and 120 Hz with a per eye display resolution of 2000×2040.

Moreover, the combination of Sense Controllers, eye tracking, headset feedback, and 3D Audio will result in a higher immersive gameplay experience. “Headset feedback is a new sensory feature that amplifies the sensations of in-game actions from the player. It’s created by a single built-in motor with vibrations that add an intelligent tactile element, bringing players closer to the gameplay experience,” Sony said. To increase the sense of realism even further, this VR system will use eye-tracking to detect the motion of the user’s eyes and create an input for the game character.

A month after Sony announced the development of PS VR2, they gave the first look at its new controllers. Similar to PS5’s DualSense Controllers, these too will include haptic feedback and adaptive triggers.

First details on the new controller for next-gen VR on PS5: https://t.co/KnYKMEayR2

We don’t have an exact release date but the PS VR2 is expected to release sometime this year. They have also announced a new VR game Horizon Call of the Mountain. It’s being developed by Guerrilla and Firesprite and is built specifically for the PS VR2. 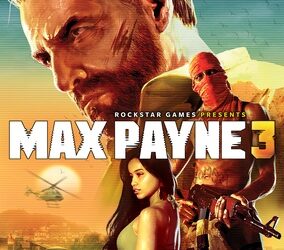