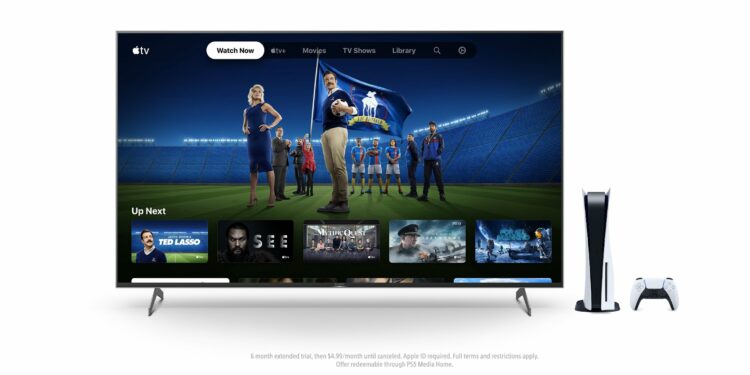 0
SHARES
6
VIEWS
Share on FacebookShare on TwitterShare on Whatsapp
PlayStation 5 users can now get six months of Apple TV subscription for free, starting off from this week.

Sony PlayStation announced on their official PlayStation Twitter on July 22nd, the tweet said that beginning this week, every PlayStation 5 player will be getting six months of Apple TV absolutely free, as long as Apple TV is available in your region.

Even if you’re already using Apple TV, or you still have an active free trial subscription you can still get the six-month free subscription with your PlayStation 5. However, the only catch here is if you’ve signed up to Apple TV through some bundled deal like the Apple One bundle, you won’t be eligible for a free six-month Apple TV sub.
This deal is up right on time as the Ted Lasso Season 2 is also live on Apple TV along with many other exclusive Apple Original series. 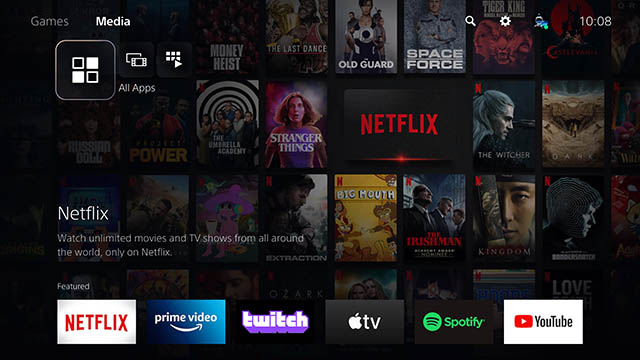 The PlayStation 5 is slowly shaping up to also work as your media powerhouse with Apple TV, Netflix, Amazon Prime, Funimation, Hulu, Twitch. Last year, Sony was in the news as they were rumored to buy Crunchyroll at around $1.175b, that deal could have been really great for Sony as they would cover the entire anime streaming market, with both Funimation and Crunchyroll in their bag.
However, the getting hold of a PlayStation 5 in the current market is quite a task. To stay updated about more PlayStation 5 details, click here.
Tags: Apple TVPlayStation 5Sony
ShareTweetSend