A Plague Tale: Innocence is going free on Epic Games Store next week 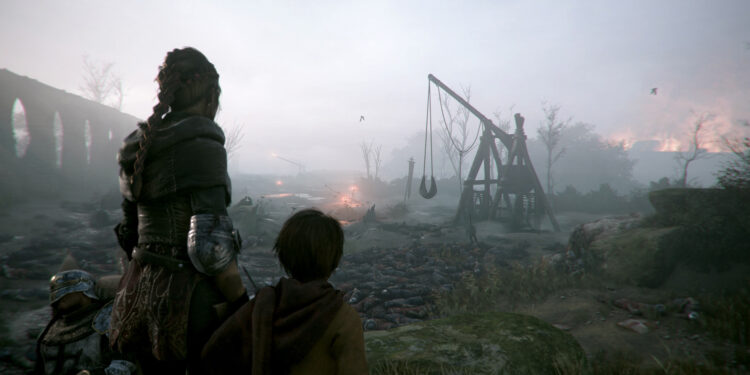 Critically acclaimed horror adventure title A Plague Tale: Innocence will be available for free on Epic Store next week. Users can claim the game for free from Aug 05 to Aug 12. Plague Tale joins an epic list of high-profile titles that have been given away on the site. Epic Games has spent over 11 million dollars in procuring these titles,

A Plague Tale: Innocence has been one of the most acclaimed horror titles in recent times

The game follows the morbid tale of two siblings Amicia and Hugo as they traverse through the dark ages of war plagued France. Their unfortunate path crosses with a Black Knight called Lord Nicholas which changes their lives forever. The game launched in 2019 and has smashed several records since then, grabbing several awards and vowing critics. Recently a sequel to the game was announced, A Plague Tale: Requiem comes out in 2022. French developer Studio Asobo was in part inspired by The Last of Us and its influences can be seen throughout the game, be it the bond between the siblings or the grim overshadow.

Epic Games has previously given out AAA titles like  GTA V, Control, and Watch Dogs 2 in an effort to further broaden their userbase. This has indeed worked out well for them as they claim that over 150 million players have used the Epic Games Store.

PUBG Mobile’s Season 14, Spark the Flame is now live and here’s everything new about it