Malvento, the newest addition to Overwatch 0
SHARES
21
VIEWS
Share on FacebookShare on TwitterShare on Whatsapp
Blizzard Entertainment has ostensibly slowed down their plans to release the upcoming deathmatch map in Overwatch, “Malvento” which is set in Italy.
In the previously deleted Dexerto article, Blizzard Entertainment were reported to be working on releasing a “surprise” deathmatch map called Malvento over on the test servers on July 22nd. The official release of the map was planned to come out on August 17th.
“The stunning map is set in an Italian mountainside with lush surroundings spanning as far as the eye can see,” the website said in a now-deleted story. “In the very center of the new location is a secret Talon base that players will fight around.
“As a daytime battleground, you’ll be soaking up the sun as Malvento stands out as one of the more vibrant maps in Overwatch to date,” the article adds. 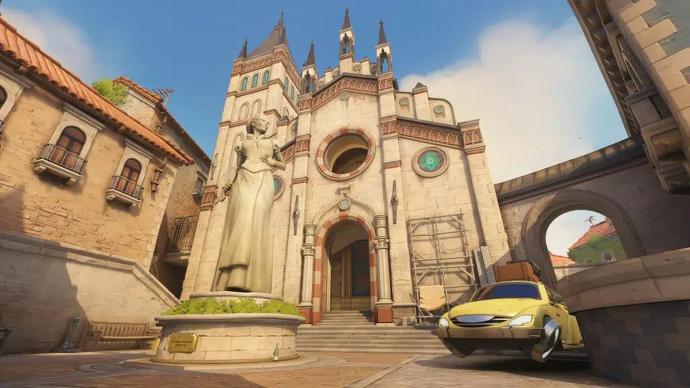 Confirming that “the new area features a mix of both tight corridors and more open outdoor areas, leading to a blend of close-quarters combat while still leaving the door open for the likes of Widow maker to excel from afar”
Though no official statements have been made by Blizzard upon why the roll-out hasn’t begun as planned yet. Blizzard previously delayed the official release of the Season 27 due to some technical issues, here’s more about it.
However, there are some speculations that the delay in release was caused due to the lawsuit alleging sexual harassment, discrimination was made public. Following the two-year investigation by the California Department of Fair Employment and Housing where the state filed a lawsuit against Activision Blizzard, here are the complete details about the lawsuit. Blizzard Entertainment also confirmed recently that Overwatch 2 is expected to release soon on the Nintendo Switch. Where the developers shared, that developing the shooter game for Nintendo’s system is “a little more challenging than some and the team may make some compromises”.
For more details about Overwatch 2, click here.
Tags: Blizzard EntertainmentMalventoMap MalventoNintendo SwitchOverwatchOverwatch 2
ShareTweetSend