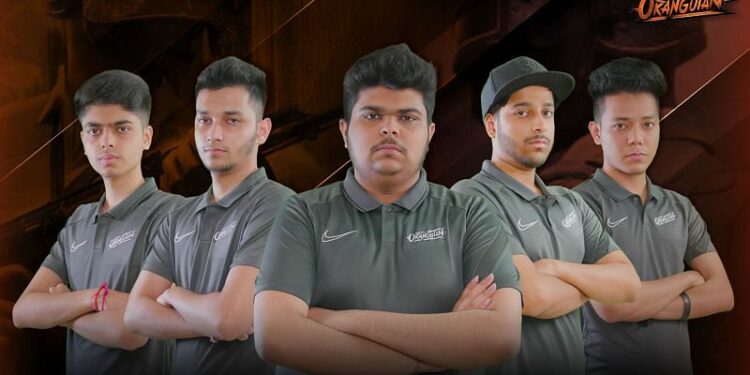 Latest in the line to announce it’s official roster for the upcoming tournament for Battlegrounds Mobile India is Orangutan Esports.

Since the release of Battlegrounds Mobile India for the android version on 17th July 2021, we have seen a slew of Indian Esport organisations announce their official rosters for their game. This move was boosted by the announcement by Krafton of organising the India-exclusive BGMI tournament of Battlegrounds India Series (BGIS).

The recently revealed competitive roster for Orangutan Esports is star-studded in every aspect and packs quite a punch with the players they have acquired. The roster includes –

The lineup appears to be jam-packed with talent, with the right mix of youth and experience.

Vedzz is a fantastic addition to the team, as he brings a wealth of experience as a former PUBG PC pro.
Marcos Gaming and Blitzkrieg XP, to name a few, are among the teams he has coached.  His coaching abilities will bring much-needed insight to Orangutan Esports.
The most notable name in the above-mentioned roster of Orangutan Esports is Ash, a name that needs no introduction for those who closely follow the Indian Esports scenario.  Ashish has played for a number of well-known companies, including 8Bit and Fnatic. As a member of the well-known Esports organisation Fnatic, Ash has won multiple minor events as a fragger and IGL. To date, his most notable accomplishment has been winning the PUBG Mobile All-Stars 2019 with Fnatic.

The other name to look out for would be that of Drigger. Drigger has been a part of top-notch Esport organisations like 7Sea, Enigma Gaming, and Team Insidious, among others. He has earned medals in major and minor events with the various teams he has played with. In the 2019 PMCO Finals, Drigger as part of Team Insidious represented India on a global stage. His experience and prowess will prove to be a game-changer for the latest squad under the banner of Orangutan Esports.

Believe is a great fragger with a lot of experience competing in MegaStars, Mayhem, and Enigma Gaming. He, too, has stood up for prior teams and performed admirably in all of the events in which he has competed. Fiction, on the other hand, is a relatively fresh name in BGMI esports who has made tremendous progress as a team assaulter. He gives the team with much-needed lethal firepower for 4v4 duels thanks to his limitless potential.

Ranked Arena is coming to Apex Legends in season 10