OnePlus expects to disrupt the mid-range market with Nord 2 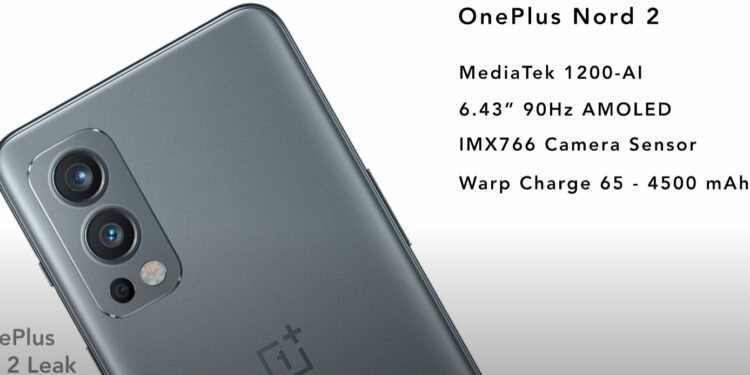 0
SHARES
52
VIEWS
Share on FacebookShare on TwitterShare on Whatsapp

Sam Twist, a Senior Product manager are OnePlus discussed the upcoming OnePlus Nord 2 with Dave2D in an interview yesterday. As OnePlus tries to find its footing in the mid-range market after the mediocre launch of OnePlus Nord and last month’s Nord CE. The mid-range series of OnePlus is India-focused and tries to provide the same premium OnePlus experience for a lower price and relevant hardware. In recent years, OnePlus has somewhat lost its appeal as an enthusiast-grade phone maker. Now they try to find their footing with their upcoming phone which launches on the 22nd of July.

The interview kicked off with Dave asking Sam to confirm the existing leaks, including the MediaTek processor, 65W Warp Charge and more. Since these features have been teased by OnePlus themselves over the past month on their various socials, Sam easily gave a green signal for them, he believes that these snippets will entice more viewers to the launch event. The price of the phone still remained a question mark, as Sam refrained to reveal anything about it.

A prominent leaker on Twitter Ishan Agarwal(@ishanagarwal24) posted design renders of the new OnePlus Nord 2, which looked very similar to the current OnePlus 9 series. Sam also hinted that these rumors were true when asked about opting for a safer design choice. Sam also mentions that they put a lot of effort into  design aesthetics while selecting color options.  A blue theme was chosen for the series to give it a pop appeal that it needs in this price range.

Will OnePlus finally overcome its Camera woes with Nord 2? OnePlus caught fans and critics off-guard when they teased the IMX766 sensor on OnePlus Nord 2, unheard of in this price range. Sam confirmed that the camera module will be the same as the OnePlus 9 series but without the Hasselblad integration. He also went to one to say that they will not tone down the camera system to avoid it going up against its flagship. He believes that the Hasselblad features give the 9 series an edge over Nord 2 but the MediaTek enhancements that come for the latter, will take it a notch above its competitors.

Sam believes that in a volatile market such as that of Nord’s, there is always going to be turbulence and they’d rather be the ones causing it than those on the receiving end. He thinks that they have achieved it in OnePlus Nord 2.

Although nothing has been confirmed at the time of writing, it is rumored to be priced around 30000 INR. Catch the live stream tomorrow to know more.