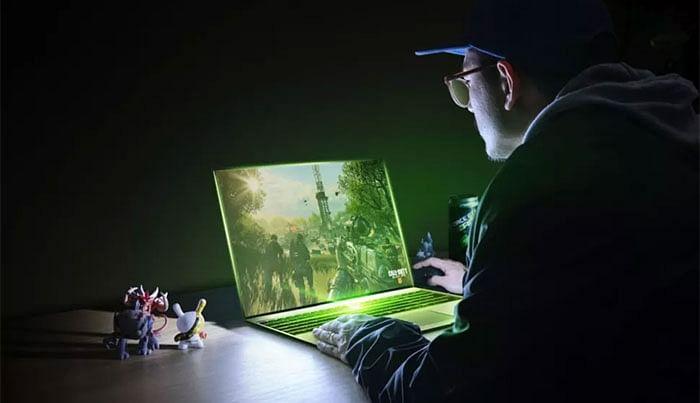 Nvidia’s Ampere based laptops will allow for efficiency boosts of up to 2X, noticeable performance accelerations, and make way for new 3rd gen Max-Q Technologies on upcoming gaming laptops. The RTX30 series laptops will hit the shelves on January 26, 2021.

Nvidia has announced that starting the end of this month, more than 70 variants of laptops with Nvidia RTX 30 series GPUs will be available. Some top of the line models with Ampere tech GPUs include gaming laptops such as the Alienware m15, Lenovo Legion Slim 7 and the Asus Zephyrus G15.

Key areas where the Ampere GPUs will make a enhance things are in performance, power delivery, efficiency, cooling, AI technology and better DLSS.

Comparing the RTX3080 to the RTX2080 from last generation, you get an average performance boost of up to 1.5x or in some games even more than that. Games such as Death Stranding, Cyberpunk 2077, Minecraft (with RTX On), Control and several more are all set to take advantages of the new GPUs.

The third generation Max-Q technology is here to make these extremely powerful GPUs run optimally and more efficiently. The new Max-Q design has shaped the way that these gaming laptops are built- for optimal performance when you need it.

These GPUs will also have a whisper mode, which allows the laptop fans t run silently while getting the job done. You could be playing the latest triple A title with ultra graphics, RTX and still not hear your laptop make a sound.

Apart from that, the GPUs get a whole lot of upgrades when compared to the last generation graphics chips. To learn more, click here.

Life is Strange Remastered Collection gets a February 2022 release date