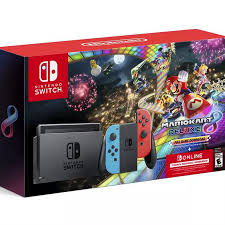 March is here, this means that Nintendo will soon pull out a handful of games from the eStore, specifically for their anniversary celebrations. Nintendo Switch owners have time until the end of this month, to grab games before the developer pulls them off the store. This time, Nintendo is pulling off Fire Emblem: Shadow Dragon and the Blade of Light, Super Mario Bros. 35, Game & Watch Super Mario Bros, and Super Mario 3D – All Stars, from the store.

For those of you who still haven’t tried these games, you’re missing out and now is your chance to grab these games at good prices.

This is similar to Disney’s notorious “vault” tactic. They offer films for a limited time and then they’re sent back into a metaphorical vault and they become impossible to access. Nintendo announced last year that it would only offer certain games until this year. It’s unclear if the developer will re-release these games in the future or they will remain unavailable permanently.

People who bought the games earlier will continue to have access to them, but Nintendo has planned to stop the production of the games and will pull them out from the Switch eShop. It’s possible for some physical copies to re-appear in stores after March, but the bundle will be officially discontinued at the end of the month.