When guns don't work, punch your way out with the brand new melee weapon - 'boxing gloves' 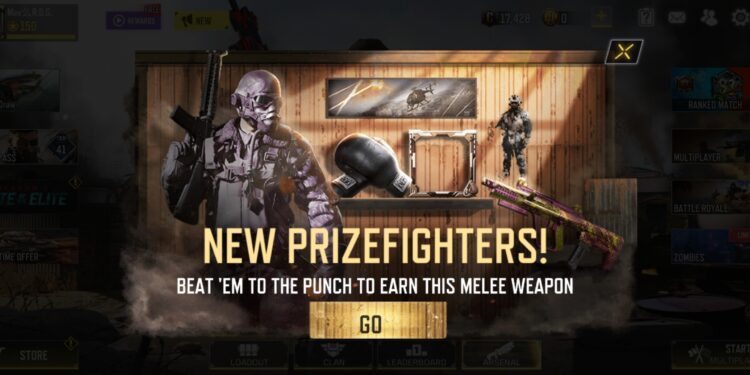 Call of Duty Mobile is only halfway through it’s Season 7 – ‘Elite of the Elite’, and has very recently released it’s latest seasonal event in-game. Titled the ‘Knockout Artist‘, this particular seasonal challenge helps you acquire the latest in a long line of melee weapons – the boxing gloves – to knockout your enemy with. There are a number of challenges that need to be completed, in a time period of approximately 13 days in order to be awarded with the new melee. Below, we shall provide a detailed description of each of the singular challenges in order to proceed with the completion of the event. In total, there are seven different challenges in the event.

The whole list of missions that a player needs to complete for this seasonal challenge is based on the multiplayer section of things. Meaning, the user needs to play only MP matches in order to achieve the completion of each milestone in the event. There are small rewards attached with the completion of each mission, all of it leading upto being rewarded with the grand prize of the new melee weapon – Boxing Gloves.

Call of Duty Mobile has a certain fascination towards flashy skins for the weapons they release in the game. And thus, in keeping with the tradition that Activision follows, a new crate titled the ‘Gilded Gloves‘ crate has been released into the game for players to buy and customise the look of their boxing gloves.

Outriders hit the 3.5 million player mark in its first month