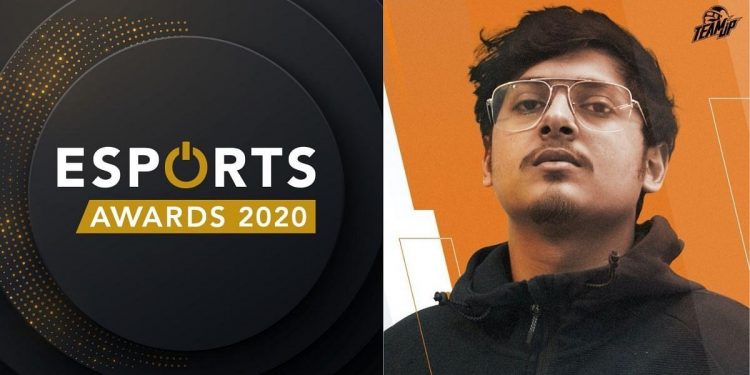 Indian PUBG Mobile pro Naman ‘Mortal’ Mathur finished second in the Streamer of the Year category at the Esports Awards 2020. He was placed between Spanish streamer Ibai ‘Ibai’ Llanos who won the Award and Brazilian streamer Alexandre ‘Gaules’ Borba who finished third.

Naman was nominated along with 11 other streamers from around the world for the Streamer of the Year Award. He was the first Indian to be nominated for the said category and he was also one of the finalist for the Esports Mobile Player of the Year Award where he was beaten by Made Bagas “Zuxxy” Pramudita.

A well known esports personality of the South Asian region, Mortal has over 6 million subscribers and more than 800 million views on YouTube. He is also the founder of the Team Soul that won the PMCO India 2019 championship and PMIS 2019 championship.

The Esports Awards is one of the most coveted awards in the esports industry and it is conferred upon those who have made significant contributions towards the growth of esports. The Streamer of the Year award is given to the streamer who in the past 12 months, has provided entertainment to large group of people while consistently pushing the boundaries to reach the pinnacle of streaming.

Streamer of the Year award criteria-

Criteria 2: Built and sustained a large audience of viewers who are consistently entertained.

Criteria 3: Innovated in the area of streaming with new ideas, technological advancements, or overall quality.

The Division 2 to receive new content by end of 2021, Ubisoft confirms