Microsoft Flight Simulator to get its first complex passenger aircraft, the Bombardier CRJ 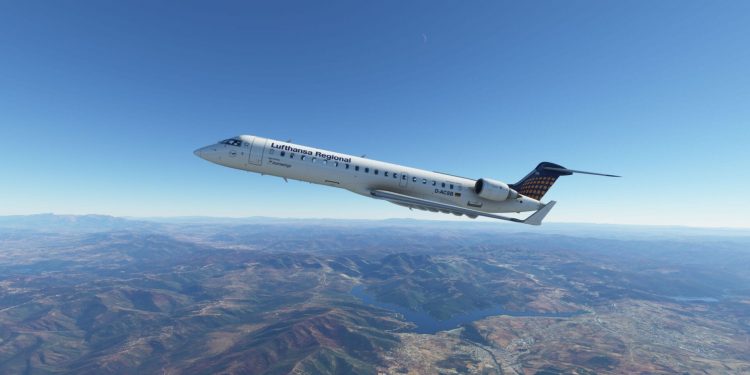 Microsoft’s Flight Simulator was one of the best surprises of 2020. The game features hyper-realistic environments using satellite imagery of real locations on Earth. If you’ve wanted a bird’s eye view of some magnificent wonders that the Earth has to offer, Microsoft Flight Simulator is a good way to check things out.

While you’re at it, you can even try out your skills at flying aircraft of different kinds. Microsoft Flight Simulator has an array of airplanes you can choose from and a new aircraft is being added to the game as well.

The new aircraft will be Flight Simulator’s first complex passenger jet aircraft, the Bombardier CRJ. The aircraft is being added by German Development Team, Aerosoft, as an add-on package for Microsoft Flight Simulator.

The Bombardier CRJ will come with a set of features geared towards those who want an even more realistic and hardcore flight simulation experience.

Bombardier CRJ takes simulation to the next level To paint a picture of just how realistic and true to life the CRJ will be, Aerosoft released a set of videos on YouTube which are hosted by a seasoned CRJ Pilot, who goes by the name “TheDude“. TheDude goes on to show viewers tiny details which you would ordinarily miss.

He also adds that the rendition is detailed and realistic enough to conduct a full pre-flight check-up and walk around inspection, much like what would happen prior to a real life flight take off.

At the moment, there is no word from Microsoft or Aerosoft regarding the price of this add-on expansion. However, since it is a third party add-on, you can expect it to be a bit more expensive than your ordinary game expansion. Speaking of third party developments, flight simulator developers (one of whom is Aerosoft) have lauded Microsoft Flight Simulator as a powerful tool for them.