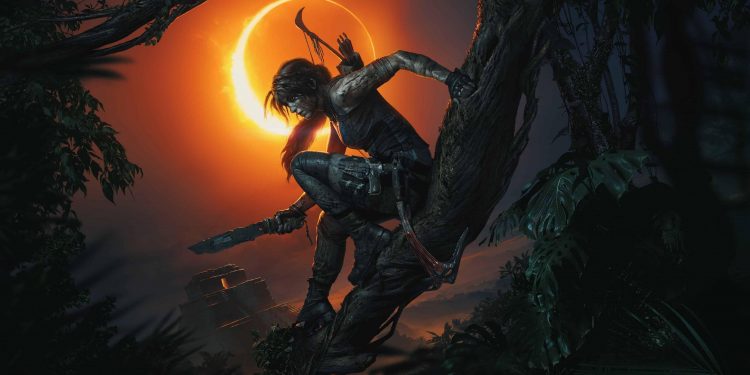 Epic Games is no stranger to adding numerous personalities to its popular Battle Royale game Fortnite as skins. In the past, these have included iconic superheroes across video games, TV, and movies. We have seen the addition of many classic gaming figures into Fortnite including the likes of Master Chief from Halo and Kratos from God of War.

According to leaks by data miners and teasers from Epic, players can expect the addition of two more figures into Fortnite: Tomb Raider’s protagonist Lara Croft and the ugly looking space alien, The Predator.

Leaks hint at a Fortnite and Tomb Raider crossover

According to data miner Mang0e, a new crossover skin codenamed “Typhoon” is on it’s way to the game. The upcoming character will be female, may have reactive styles and its portal seems to have a flicker effect.

The reason why we think that this is going to be a Lara Croft skin is because the official Tomb Raider Twitter handle has posted a possible hint. The tweet includes emojis for a pickaxe, a woman running, and an arrow. The pickaxe may refer to the one featured in Rise of Tomb Raider, but this may be a coincidence.

The Predator is coming to Fortnite

Predator: the extraterrestrial being, featured in the Predator science-fiction franchise, has been heavily teased by Epic as a new addition to it’s Fortnite cast.

The arrival of the Predator skin was first teased in the 15.20 update that bought in the first Predator-themed challenges to the game, which unlock Predator cosmetic items in the game’s “secret” battle pass character tab.

The Fortnite Status Twitter handle has also confirmed that the upcoming 15.21 update will bring in a new boss character and jungle hunter quests that confirms the arrival of the alien being to Fortnite.

Fortnite has also teased the arrival of Predator by releasing an audio log of Jonesy Epic, in which the Predator talks about the strange figure that is hunting him. This clearly a reference to the original Predator film.