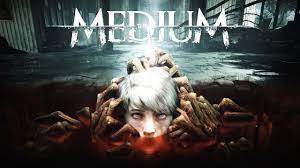 Konami a japanese entertainment company who are known for their work on Silent Hill, Contra and Metal Gear Solid, have announced a “stratergic partnership” with The Medium developers Bloober Team and will be seen “jointly developing selected contents”

This was announced in a official press release on 30th June, where Piotr Babieno, CEO Bloober Team said “It is a historic day for me and the culmination of several years of our work. The fact that such a renowned company as Konami has decided to strategically cooperate with the Bloober Team means that we also joined the world leaders in gaming and became an equal partner for the leading players in this market.”

This isn’t any kind of acquisition of neither of the companies, but just a stratergic co-operation agreement, which means that both of these publishers and developers will be working together to “jointly develop selected contents and exchanging know-how”.

It’s been confirmed Konami that Bloober team will be working on the current as well as new IPs with Konami, though they haven’t mentioned any official titles that they are selectively working on but looks like the Silent Hill fans are in for a treat here. Bloober Team’s previous title The Medium was also said to be the “New world’s Silent Hill” as it made players flip between two versions of the same world. It wasn’t just about Akira Yamaoka’s music that give it a Silent Hill vibe, but the gameplay mechanics and aesthetics overall looked familiar to the Silent Hill fans.

The Konami spokesperson also confirmed that they will “continue to explore partnerships with a variety of development companies as well as continue in-house development of key projects among our own teams, as we have done for many years.”

For Bloober this partnership marks as a high point after a remarkable few years, where the indie developer tried his hands on the horror blockbuster Blair Witch and then the Xbox Series X exclusive The Medium.

Konami also said that once the details are final, they will be announcing their first project, which now looks like will be a thrilling horror game-play as Bloober will be working on it along with Konami.