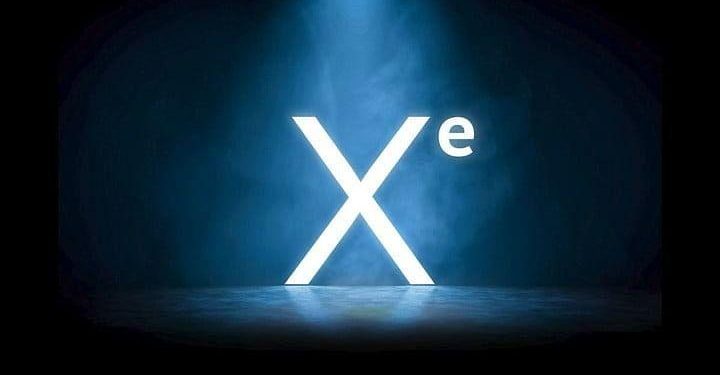 On architecture day, Intel finally revealed their Xe Graphics Architecture after its announcement in 2019. This architecture will power all future Intel CPUs with integrated graphics. Tiger Lake, Intel’s 11th Generation of processors will be the first product to fully utilize the potential of the Xe Graphics.

‘TUM_APISAK‘ the twitter handle which gave us leaks about Intel’s Tiger Lake processors, tweeted earlier this week about an Intel Xe Integrated Chip.

An all new Intel integrated GPU, ‘Iris Xe Graphics’ has been spotted. It is an integrated GPU based on Intel’s Xe GPU Architecture with a clock speed of 1650 MHz which is as good as an average desktop GPU.

The clock frequency exceeds all expectations and runs at a very low power of 28W. Intel has been delivering 1-1.2 GHz max boost clock for its graphics chips since the Skylake generation and its mobile graphics chips are nothing compared to Nvidia and AMD GPUs.

However, the GPU is reportedly subject to a 26% overclock which means that the original clock speed is little over 1300 MHz.

The 1.65 GHz chip has been spotted on the SiSoft Sandra database by serial leaker TUM_APISAK, the same leaker who found the Intel Tiger Lake Core i7 1185G7 chip running at 1.55 GHz last week.

If intel succeeds at delivering such clock speeds in the final product, it will be a huge breakthrough in mobile computing. This is a big deal for gamers as they finally have a third option to look towards.

Immortals Fenyx Rising gets a free demo and a new DLC