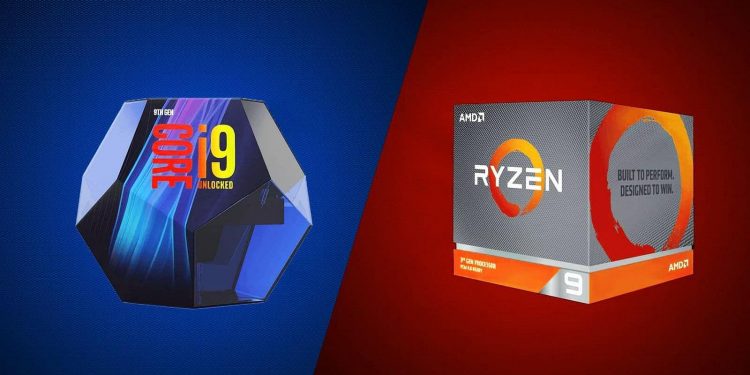 If you’re looking for a good Gaming CPU or Productivity CPU, there are only two choices to pick from- Intel or AMD. This fact has striked a flamewar between the two companies that makes it tricky to get unbiased advice about the best choice for your next processor.

This article covers the never-ending argument of AMD vs Intel desktop CPUs based on what you plan to do with your PC giving you a clear view about the competition.

Comparison of the latest Intel and AMD processors

The latest Intel processors arrived as a part of the 10th Generation family. The flagship chip here is the Intel Core i9-10900K, which boasts 10 cores, 20 threads and a max boost clock speed of 5.3 GHz, which will make it the most powerful chip in the 10th Gen family.

The most recent additions on the Ryzen side are the Ryzen 5000 series processors which were announced a few days back and will be available from November 5. The headline chip here is the Ryzen 9 5950X featuring 16 cores 32 threads and up to a 4.9 GHz boosted clock speed. AMD’s benchmarks claim that their 5000 series processors any of Intel’s desktop processors, and we’re inclined to believe them judging by the specs.

The upcoming Ryzen 9 5950X seems to be faster than Intel’s chip with 12 cores, 14 threads and clock speeds that can climb as high as 4.6 GHz, despite costing a similar price to the Intel Core i9-10900K. Of course, we still need to test these Ryzen chips to make sure the performance is as good as it looks on paper.

Who makes the better CPU?

In the past AMD was the best option only in budget and entry level aspects, but that’s not the case anymore with it’s latest generation. While AMD continues to offer value for money, it now does throughout its entire line of CPUs competing with Intel on just about everything and taking a few leads too, even at the high-end spectrum.

AMD arguably has the upper hand given the recent launch of the Ryzen 5000 processors not just for the high-end chips, but also for more affordable options such as the AMD Ryzen 7 5800X and AMD Ryzen 5 5600X. We’ll have to wait until we can review the processors before we declare them a better buy than Intel’s 10th Gen processors.

Frankly speaking, there isn’t a standout winner here, as it really just depends on how you’re going to use your system.

There isn’t a single solution for all here, as the two companies specialize in different usage scenarios. Intel chips offer great frequencies and single core performance , ensuring greater gaming performance. On the other hand AMD chips have larger core and thread to give the multi-core performance a boost, which comes in handy when multitasking and running complex creative applications.

This will all change in a few month’s time when the Intel Rocket Lake processors launch and push the performance ceiling even higher.We’d suggest waiting until then before making a decision, but it’s understandable if you can’t wait to get your system up and running and we suggest having a look at the Ryzen 5000 chips.