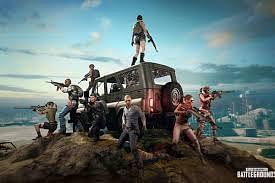 In an effort to bring more and more gamers into the sphere of competitive mobile gaming, news media platform India Today has announced an all new PUBG Mobile Invitational Tournament.

The invitational tournament will showcase some of the best teams in the PUBG Mobile scene today and it is a great way to push the scope of esports in our country. The mega tournament is kicking off on 24th April from 2 PM, so fans should be ready to watch it when it goes live.

LIke big esport tournaments, India Today’s PUBG Mobile Invitational Tournament offers some big prizes for the participating teams. In all, there are more than 15 teams competing for the top prize, so we can expect to see high tensions and some intense gameplay on the battlefield.

As for the prizes, PUBG MOBILE Invitational will showcase the best Professional/Semi-Professional players in India. These players will fight for the lion’s share of Rs. 2,50,000. Additionally, crews from different regions across India will battle their way through India Today League.

In total, the entire tournament will have a total of 16 matches and will feature all four PUBG Mobile maps- Eranger, Miramar, Sanhok and Vikendi. There are a lot of matches to look forward to and according to the organizer, there will be 4 matches each day.

Fans of PUBG Mobile can catch the tournament live at the Aajtak website or even on YouTube. With the high level stakes and players, fans can expect to see some nail biting gameplay, which is what PUBG Mobile is all about.

Squad mode to be added in Fall Guys: The Ultimate Knockout with Season 4