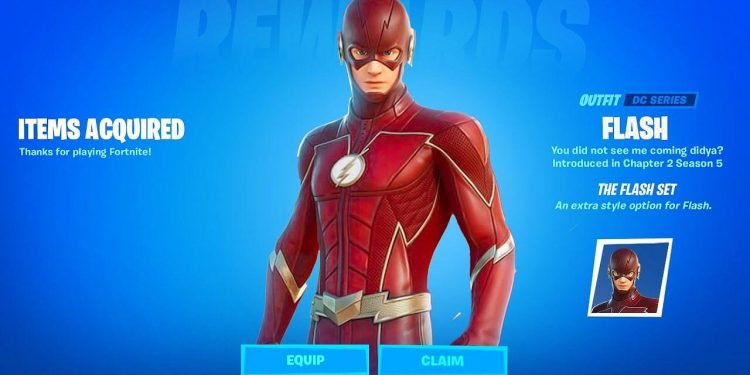 Fortnite is once again coming up with a massive collaboration with DC following Batman, Aquaman and others with the arrival of the Flash skin this February. Players have a chance to earn The Flash skin for free.

Just like the Hearts wild cup which takes place the day before, players will now be able to compete in the flash cup to earn the Flash skin for free, along with another cosmetic, while playing as part of a duo for three days.

The Flash Cup is a duos tournament where players can team up with a friend to compete in a maximum of 10 matches within three hours for a chance to win The Flash skin and The Speed Force back bling. To participate in this cup, the players must have an account level of 30 and have two-factor authentication enabled.

How to unlock the flash skin

The top-performing duos in each region will unlock The Flash outfit and also the Speed Force back bling. They’ll need to top the leaderboard by earning the most points within The Flash Cup’s 3-hour time slot.

Players can also get the Flash outfit by getting placed in any of these ranks mentioned below.