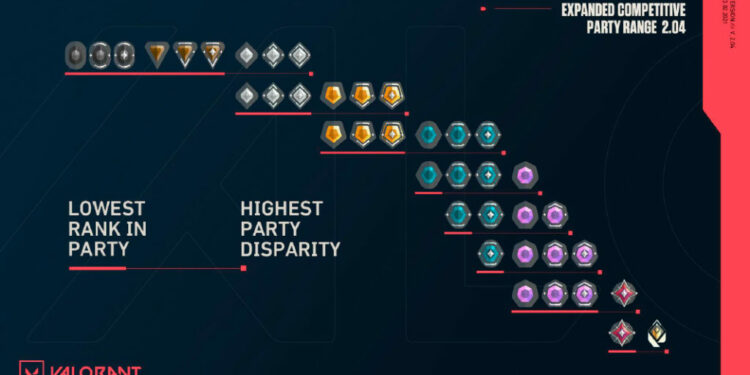 0
SHARES
189
VIEWS
Share on FacebookShare on TwitterShare on Whatsapp

Valorant, the tactical shooter from Riot, is known for it’s highly competitive environment and to grind your way through that can be a task.

If you’re new to the Competitive Mode, or need a quick refresher, here’s how it works:

And here’s a few pointers that will guide your way through the ups and down of the Valorant Competitive.

1. Accuracy is Important : Practice in Range, Play deathmatchs for better understanding of the map and crosshair-placement. For further enhancements your aim try AimLabs or Kovaacs, these aim trainers are designed to track and analyze your bullets and make your aim and flicks better. Once you master aim duels consistently, that’s when you know you’re getting better. Unlike other FPS Games, you can’t spray and pray in Valorant and count it a win if your bullets takes down the enemy.

2. Take your time to warm-up : How often does it happen that you hop-in competitive without warm-up and ignore it just a few rounds later? Warming up is an integral part of any competitive scene let that be gaming, esports or Soccer.

3. Clear angles properly : Often players do that mistake of just clearing the angles through their eyes but not checking the angle deep enough and there’s an enemy crouched down aiming at you. While there’s one more tip here, when clearing the corners, try taking a deep angle. More portion of your body is exposed when you are peeking in-order to take down the enemy, though the further you stand back, the less body is visible for the enemy to shoot at. Though this also helps in the situation where you can easily take cover if things don’t go your way

4. Effective Positioning : We all have been through games where the enemy team has no better than aim than yours, but they always seem to get their timing right? It’s all about positioning, try taking fight while there’s a cover around. Communicate, use combo’s and let your duelist take the duels while you help him create some space. Positioning is more important during the post plant scenario, where you’ve seen people take solo duels and end-up throwing the entire round. That’s where you play safe, you play for the plant and for the round win here.

Grinding your way to the top is never easy, and there are no shortcuts to getting Immortal or Radiant. It’s just consistent efforts.