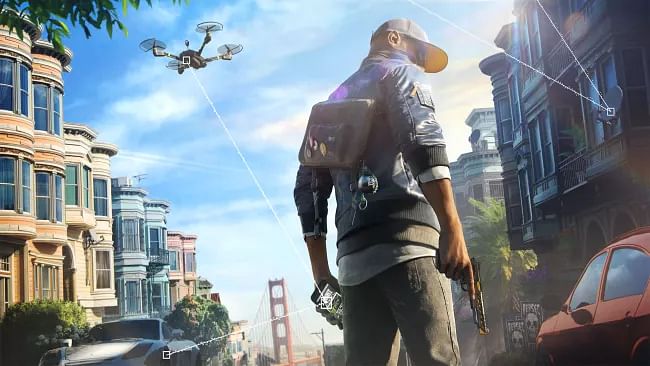 The upcoming Ubisoft Forward is set to take place on July 12 which is on Sunday. The developer has also announced that it will be giving away Watch Dogs 2 for free during this event.

This will be limited to PC and not other platforms. As for the Forward showcase we can expect more details about Assassin’s Creed Valhalla and Hyper Scape. The event is also expected to reveal some upcoming Ubisoft games as well.

What can you expect at Ubisoft Forward?

Ubisoft announced in a press note that it will be holding a E3 style online conference called Ubisoft Forward 2020. This is an alternative to holding a press conference at the E3 which was cancelled due to the Covid-19 situation.

The company had announced that it would be holding an alternate event when the E3 was cancelled. And Ubisoft had confirmed that the Forward event will feature “exclusive game news, reveals, and more”. Ubisoft Forward will be held on July 12 at 12.30PM IST.

How to claim a free copy of the game?

To claim a free copy of Watch Dogs 2 during the Ubisoft Forward event, players have to log in to Uplay between the end of the Trackmania session and the end of the main show.

Watchdogs 2 is an open world game where you can live your fantasy of being a real world hacker. You can pretty much hack everything from telephone lines to vehicles.

In the game world, you will be faced with evil, which you have to ward off. All in all, the game packs a punch and should give you a nice open world experience.