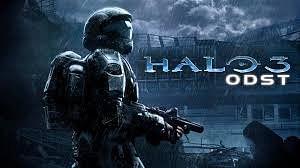 Until now, the game was exclusive to Xbox but it has been officially announced that Halo 3: ODST is coming to windows next week.

The game became the best selling game for Xbox 360 upon release selling more than 3 million copies worldwide. Taking place in the city of New Mombasa in Kenya, this open world shooter is similar to that of previous Halo titles. But instead of assuming the role of Master Chief, players in ODST play as ‘Orbital Drop Shock Troopers’ or ODSTs. The game offers a singleplayer campaign mode as well as a multiplayer mode.

The Halo 3: ODST is the spin-off and second last game to The Master Chief Collection on PC. Halo 3: ODST co-op mode ‘Firefight’ is also coming to PC and console with online matchmaking, dedicated servers, and custom game modes.

So gamers, return to New Mombasa, get behind enemy lines and eliminate threats using hit-and-run tactics and stealth.Halo 3: ODST is coming on PC in one week on 22 September 2020.