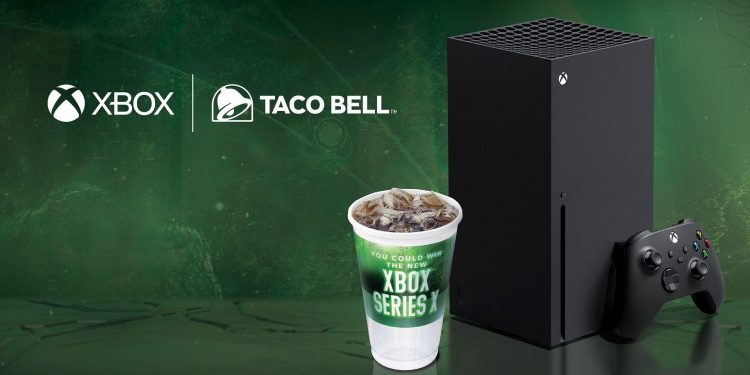 Who doesn’t love tacos? And who doesn’t love gaming? What if we told you these two lovable delights of the world are coming together? Yes, folks, it’s true! You can walk into any Taco Bell in India (or use the app to order in, if you’re staying safe), eat your fair share of tacos, and if you’re lucky, stand a chance to win all new, free Xbox Series X Console!

Wondering how to stand a chance get your hands on a shiny new Xbox Series X console for free? Read on to know all the details!

Starting 1st February until 28th February, customers will simply have to download and register on the Taco Bell app, place an order through delivery (via the app or through food-delivery aggregators), takeaway, or dine-in, and become eligible for the weekly lucky draw, where Taco Bell will give out 15 Xbox Series X consoles plus a 6-month Xbox Game Pass Ultimate membership to winners each week.

If you don’t win a shiny new console, you can grab the Xbox Game Pass membership, which is something that all gamers would want their hands on.

Customers can increase their odds to win an Xbox Series X Console through repeat transactions on subsequent days. All fans need to do is order Taco Bell items for INR 59/- or above through the Taco Bell app (or via food-delivery aggregators), to qualify for the lucky draw.

Speaking about the collaboration, Gaurav Burman, Director of Taco Bell’s Master Franchise Partner in India said, “We are delighted to start the new year with a unique offer for our customers. Gaming has become hugely popular in India and we are excited to have 60 Xbox Series X consoles to give away to our loyal fans.”

The Xbox Series X is Microsoft’s most powerful console till date and this chance to win one through Taco Bell is an opportunity you shouldn’t miss out on.