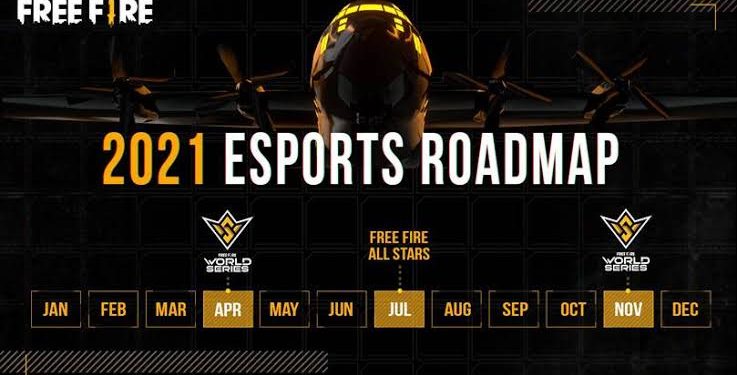 Garena, the developer, and publisher of Free Fire, one of the most popular battle royale games in the world has revealed its International Esports road map for the game.

Garena’s international esports roadmap shows its continued efforts to excite the global Free Fire community with competitive and premium esports events. Free Fire’s 2021 international esports lineup will showcase the best players from all around the world and offer teams a chance to test their skills at the highest level.

What to know about Free Fire World Series:

It was replaced in 2020 by the Free Fire Continental Series due to the global pandemic situation. The Free Fire World Series will make a return in 2021 with two editions- one in April and another in November.

The April edition of the World Series will kick off on April 24 and will conclude with the finals on May 1. This time, the Free Fire World Series will be bigger in scale and production. With nine regions including Latin America, Europe, and Asia at the FFWS 2019, the April edition of the FFWS will bring together 22 teams from 13 regions, such as the Middle East, Pakistan, and Bangladesh, just to name a few. It will also feature an expanded prize pool of US $2,000,000, Free Fire’s largest prize pool ever.

What to know about Free Fire All Stars:

The Free Fire All Stars will bring together the top influencers, content creators and professional Free Fire players from around the world this July. Expect plenty of exciting interactions and memorable moments as the Free Fire community’s most famous personalities battle alongside the pros.