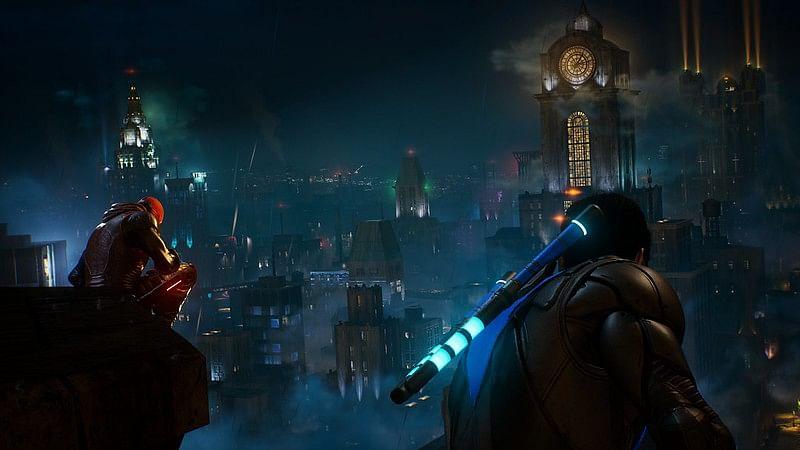 The recent DC FanDome event saw the debut of WB Games Montréal’s new project, Gotham Knights. The reveal showed an exciting trailer and a walkthrough of just about eight minutes.

Set in the post-batman world, Gotham Knights features four new heroes, each with their unique style and skill set to tackle the rising crime and protect everyone’s beloved Gotham City.

The game features four new heroes- Batgirl, Robin, Red Hood and Nightwing. Robin, the youngest of the squad, with with his stealthy moves will disrupt enemies while Nightwing with his mastery in acrobatics, takes down enemies with his dual escrima sticks.

The game also features Red Hood who is proficient with multiple combat styles and weaponry. Once an anti-hero who died a rather horrible death but is now resurrected and fighting alongside Batmans most trusted companions.

The final hero is Batgirl. As someone who is determined to make Gotham City crime free, she will make sure that her father, Commissioner Gordan’s has not died in vain.

“She combines a laser-focused, targeted and efficient melee fighter approach with a lot of resilience and the ability to weaponize her environment using hacking,” said Patrick Redding, WB Games Montréal’s on PlayStation Blog.

In this game, players can either choose to adventure solo or a two-player co-op mode and fight to protect the lively, rich, 350 year old history of Gotham City.