Ahead of the upcoming BGIS tournament, RE announces it's new BGMI roster With the start of the first India-exclusive Battlegrounds Mobile India Series (BGIS) looming ahead, a lot of teams are gearing up for the online competition, to shine with their talents and exert dominance on the battlefields. Until now, we have seen quite a several Tier-1 competitive teams crop up with the formation of the ubiquitous four-man squad with which to dominate the lobbies.

The latest to jump into the foray is one of the top Esports organizations from Mumbai. ReckoninG Esports (RGE) made its foray into the competitive gaming division with the PC game Dota 2 and went ahead with creating rosters for popular gaming titles, both PC and Mobile alike, like PUBG PC, Pubg Mobile, Call of Duty Mobile, CSGO, and Valorant. 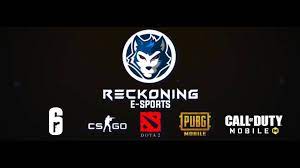 The current roster of Reckoning Esports for Battlegrounds Mobile India –

This lineup is surely meant to pack quite the punch, as it boasts of players like Spray and Maxy. These two exceptionally talented players are a good acquisition, as they have a ton of experience from tournaments like PMCO, PMPL, and PUBGM India Series.

The inclusion of Abrar and BeardBaba in the squad makes it a formidable one, as they have previously proved their mettle at ESL Summer Camp and PMIS.

In other news, In Your Dreams Esports and FutureStation also announced their Battlegrounds Mobile India rosters for the upcoming BGIS tournament.

Exclusive: Selena Gomez Reveals Why She Reconnected with Justin Bieber