Seal your fate for future competitions through the Forge! 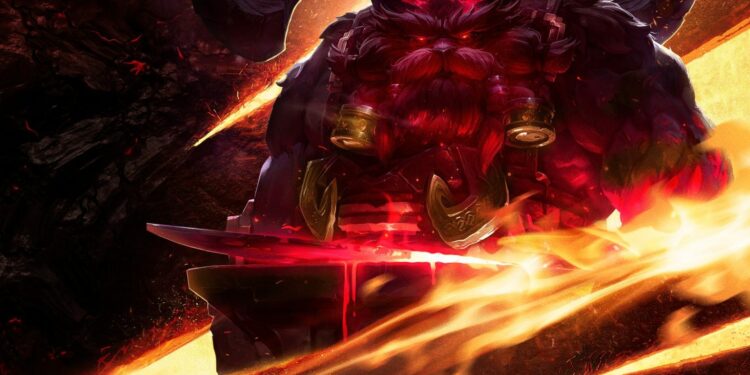 0
SHARES
879
VIEWS
Share on FacebookShare on TwitterShare on Whatsapp

Lovers of League of Legends can start assembling their teams and gear up, as The Forge God Clash event is all set to begin on January 15th, and registrations will open in a week. The first Clash event of the 2022 season is here, and according to Riot Games, it’s all about Ornn. The League of Legends tournament mode for teams has been named Ornn, in honour of the Fire beneath the Mountain. The Forge God Clash event will take place over one weekend, and team registrations will begin on January 10th, with the tournament taking place on January 15th and January 16th.

The Victory Points of the players will not be affected with taking part in the Forge God, as the competition is not part of the normal Clash season. Participants and victors, on the other hand, will be able to receive unique Forge God-themed prizes, ranging from Team Logos to coveted trophies. Players usually gain various awards for participating in Clash events, based on the tier of the tournament and the team’s rank.

According to Riot’s FAQ page for the Clash event of Forge God, every time a team wins, each player shall receive 200 Victory Points, which may be used to unlock banners on the player’s profile, and other exclusive items such as trophies, Clash orbs, and crates containing skins, emotes, and even jewels available to Clash players.

League participants who want to compete in the upcoming Clash tournament must purchase either a Basic or Premium Ticket. A Basic Ticket allows you to participate, but if you’re feeling confident, a Premium Ticket will let you to win even more money on victory. Each teammate selects their own ticket entry, and their benefits are based on that. Your entry cannot be modified once your Basic or Premium Ticket is set (when your entire team locks in before a match).

The tournament structure for the Forge God Clash tournament is a single-elimination bracket with eight teams of similar ability levels. If a team loses on the first day of the two-day tournament, they can come back the next day and compete in a different bracket. Even though the Forge God event does not count the players’ VP, the first Clash tournament of the season, which arrives in Patch 12.4, will make up for it.

Here are some games that will roll out in Spring 2021