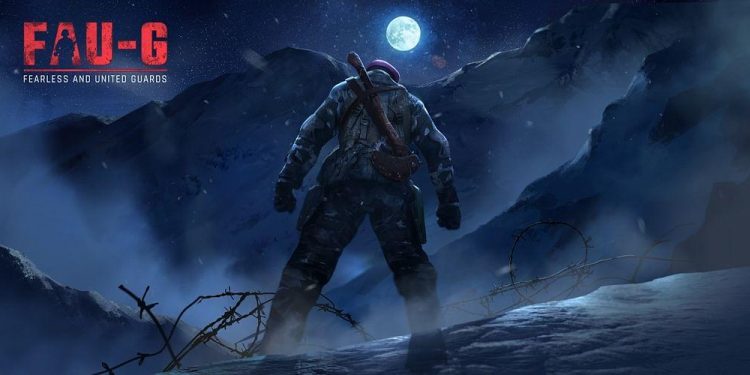 FAU-G (Fearless and United Guards) is one game that you couldn’t have missed out hearing about since last year. PUBG Mobile, one of the most popular battle royale game in the country with over 150 million active monthly users at the time was banned by the Indian government, leaving the market ripe for the taking. FAU-G, likely a wordplay on PUBG was announced by Bangalore based nCore Games shortly after the ban on PUBG Mobile in September 2020.

It took some time, but FAU-G is finally out and we got our hands on the game as soon as it was released for the general public. So is FAU-G a great game or is it a missed opportunity? What to expect going into the world of FAU-G and Galwan Valley? We take a look at some areas where FAU-G performs better than expected and in some areas where it leaves a lot to be desired.

The gameplay of FAU-G is quite simple which isn’t really a bad thing at all. That said, the makers of the game have simplified the mechanics to a level where you don’t have to jump, crouch, lie down or do anything of that sort, meaning that the hand to hand combat in the game starts becoming stale quickly.

Once the mechanics for melee weapons such as machetes and axes are introduced, there’s not much to go on. It makes the game feel repetitive not only in terms of the gameplay but environments too.

Speaking of the setting of FAU-G, most areas look alike, and there is little variety in what things you see. There are rivers, tents, and camp outposts to be seen, but they are empty- no supplies, no weapons or anything of that sort.

To start things off, FAU-G, at least as of now, has only a single-player game mode which features simple combat mechanics. The combat controls of this game feel primitive, even by mobile game standards. There is only one attack button, meaning that all you have to do is give a direction and mash the button. There is a defend/block button too, but that is fairly inconsistent.

To the game’s credit, the combat animations and hit feedback is actually quite surprisingly well made, which gives some credibility to the punches and kicks you throw in the game.

However, the single attack button doesn’t make any room for creative combos or impressive CQC combat, which feels like a missed opportunity, seeing as how the main character in the game does have some well-made animations.

Incidentally, while you’re in combat, your biggest enemy isn’t even the NPC in front of you, rather it is the controls and the camera. Once you are locked into a combat stance, you can’t run and clear yourself from enemies, rather you are surrounded, moving slowly and only mashing the attack button.

Speaking of weapons, there are several hand-to-hand combat weapons in the game, however, you can’t see the statistics of any of the weapons. Weapons have limited durability, which is not all that much of an unheard feature, but it has been clumsily implemented- one weapon will only last you one wave of enemies. If an enemy drops a weapon mid-combat, it is tough to get to it to pick it up, as the movement controls in combat are clunky.

Overall, combat in the game is restrictive, and if you’ve played any other game in the world, then you’re going to find this one lacking.

FAU-G is a game based on real events in the Galwan Valley. The story is expanded upon by the help of impressive animation and decent voice acting. While in combat, the main character to has some motivational lines speaking to the player. The quotes themselves may seem a bit over the top, but they do lend some uniqueness at least to the main character and give some personality to the game as a whole.

As for the graphics of the game, they are decent at best. Environments feel cramped and small, but suit the style of the rest of the game. These environments are passable and manage to give you a somewhat immersive experience.

FAU-G is by no means a bad game. Instead, it is a game with the potential to be good and if the developers can fix certain issues such as the combat mechanics and rework some of the controls, the game could stand a chance of being a hit with the masses.

In the near future, the game will get two new multiplayer modes as well, which will add a whole lot more variety to the game. Till then we can safely say that if you’re looking for a short, story-based game with easy to follow controls, then FAU-G is made for you.

If you’re looking for something even a little bit more advanced, FAU-G isn’t a game which is going to cut it.