Fall Guys gets “No Teams” playlist after player complaints 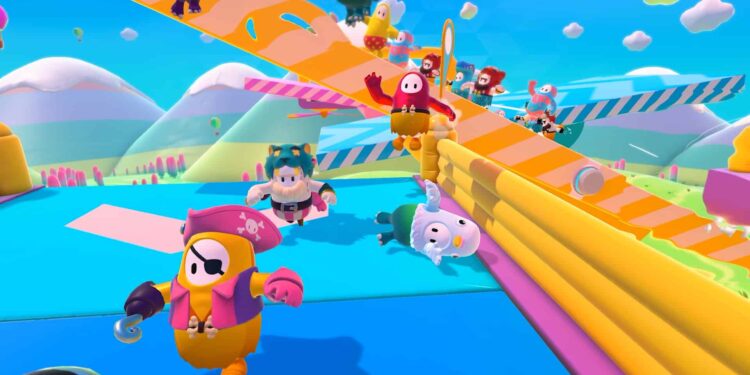 0
SHARES
52
VIEWS
Share on FacebookShare on TwitterShare on Whatsapp

Addressing several player complaints, Mediatonic has reinstated the “No Teams” playlist in Fall Guys: Ultimate Knockout. There are a couple of squad-based modes in the game that require teamwork and communication to win but some players join to fool around and throw rounds.

There has been unprecedented complaints regarding levels in which you compete as part of a unit.

Duly, we have reinstated a playlist called ‘No Teams’.

Please enjoy the sole reliance on your abilities.

The reintroduction of No Teams has opened up the option to go solo and players can now rely on their own abilities to overcome obstacles and progress through the course.

Fall Guys partners with Red Cross for a charity tournament

Meanwhile, Fall Guys has partnered with Red Cross for the Rescue Royale charity tournament. It is aimed at raising funds for those impacted by various disasters and extreme weather events. “The American Red Cross presents the Rescue Royale, a charity stream-a-thon and tournament encouraging YOU and the gaming community to come to the rescue for disaster relief helping those in need. This fall, running Sept. 9th – Oct. 16th, you can be a part of a special month-long stream-a-thon filled prizes, giveaways, and lifesaving gameplay confronting disasters head-on,” the charity says.

Additionally, the “top 20 Tournament Qualifiers will win a weekend trip to Las Vegas to play LIVE in the finals from the HyperX Esports Arena on Oct. 16.”

You can learn more about the Rescue Royale Fall Guys tournament here.