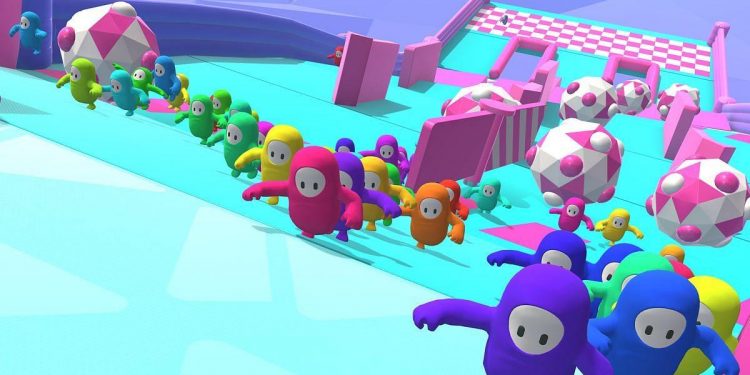 Independent British firm, Tonic Games, has delivered the latest feel-good gaming hit, Fall Guys: Ultimate Knockout, after Sony offered it to subscribers and by tapping the power of streamers and social media.

Taking inspiration from classic TV shows such as Takeshi’s Castle and It’s a Knockout, players navigate clumsy, costumed avatars through a series of life-or-death mini-games in what has been widely praised as a fresh spin to the saturated battle royale genre.

Fall Guys is one of the most successful ‘Battle Royale’ games

The title’s popularity comes as consumers have flocked to gaming after the coronavirus outbreak shut down other entertainment options, with Nintendo escapist Animal Crossing: New Horizons among the breakout hits.

Fall Guys has been available through August to the near 45 million subscribers of PlayStation Plus, a service which is part of Sony CEO Kenichiro Yoshida’s strategy to drive recurring revenue across the group.

The title has become the service’s most downloaded game.

Fall Guys has been also purchased more than 7 million times on Valve’s Steam platform for PC.

Buzz around the game has also been driven by a savvy use of social media to banter with players, retweet fan art and tease game updates.

Revenue streams for Fall Guys include via players buying costumes for avatars, dressing them, for instance, as a pineapple or T. Rex.

Tonic Games is currently auctioning costumes to companies for charity, saying on Twitter “the thirst from brands has been unreal” and reflecting the commercial interest hot titles draw.

The firm, which currently has no plans to take on external financing, hopes to bring the game to other platforms, Croft said.