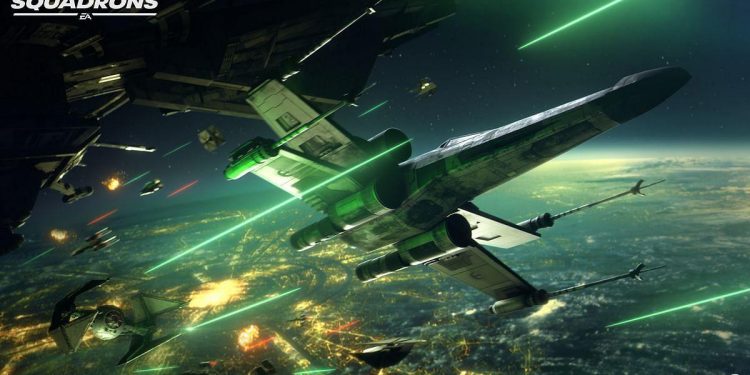 EA’s Star Wars Squadrons- an all new Star Wars space action game is one of the most anticipated games of October 2020. It was finally released yesterday, on October 02, 2020. Star Wars Squadrons will put you in the cockpit of a pilot in the Star Wars universe and you need to battle it out with your foes in intense 5v5 space dogfights.

The interesting thing about Star Wars Squadrons is that while it does have a fully fleshed out single player campaign, the game is also catering to endless hours of gameplay though their multiplayer segment. Interested players can check the game out on PC, Xbox One, PS4 and even on VR platforms.

Live your Star Wars fantasy alone or with friends

In an effort to cater to all kinds of gamers, EA has given this game a full single player campaign along with multiplayer. While the campaign isn’t nearly as story driven as the one in Star Wars Jedi: Fallen Order, it is certainly good at helping you with the ropes and giving you an insight into game mechanics and features.

The main draw of this game is going to be the intense 5v5 space dogfights, which are incredibly reminiscent of those we have seen in the movies and Star Wars comics.

In the multiplayer aspect of the game, players will be able to further bring forth their personalities. The customization and personalization options will enable players to adjust both their starfighters and their personal play style in a variety of ways.

Like in the Star Wars movies, Star Wars Squadrons gives you access to a whole fleet of intergalactic spaceships. You can choose between an X-wing, an A-wing, TIE fighters and a slew of other ships.

Each of the battle ships have their own unique advantages and abilities, which makes choosing a ship like choosing your class. Moving forward, you can go ahead and take down the Rebel fleet and bring glory to the First Order.

Interestingly, this game costs a lot less than the $60 release price for most games. Star Wars Squadrons can be purchased for $40 for PC, PS4, Xbox One and VR platforms. However, since this is a multiplayer game, one can expect EA to monetize other aspects of the game.