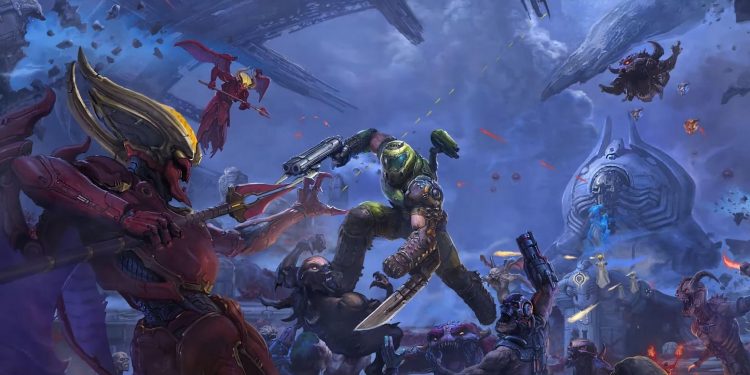 0
SHARES
135
VIEWS
Share on FacebookShare on TwitterShare on Whatsapp

For all of you who are excited about Doom Eternal’s upcoming DLC, we’ve got news for you. You won’t need to own a copy of Doom, as the DLC will be available as a standalone adventure.

id Software executive producer Marty Stratton explained that it will be a standalone adventure.

What he said was, “we want the DLC to reach as many people as possible. In fact, you don’t even need to own Doom Eternal to buy the DLC and play it.”

Game director Hugo Martin clarified that it’ll be a sizeable experience. “Most people would associate DLC with being of smaller scope – it’s kind of like the made for TV version of the movie, and the movie was the main game,” he said. “For us, this is very much like a two-part film – this is every bit as grand as the main game was.”

The first part is due on October 20. As for part two, “They’re both part of the Year One Pass,” Stratton told PCGamesN. “So, you can suppose that they’re both within a year of launch.”

The second one will also most likely be a standalone adventure because a lot of people just might not want to buy the entire game to play just a part of it.

At any rate, Doom fans have a lot of things to look forward to. The first part of the DLC will be out soon, but after that, you’ll have to wait for a while for the second part of the DLC.