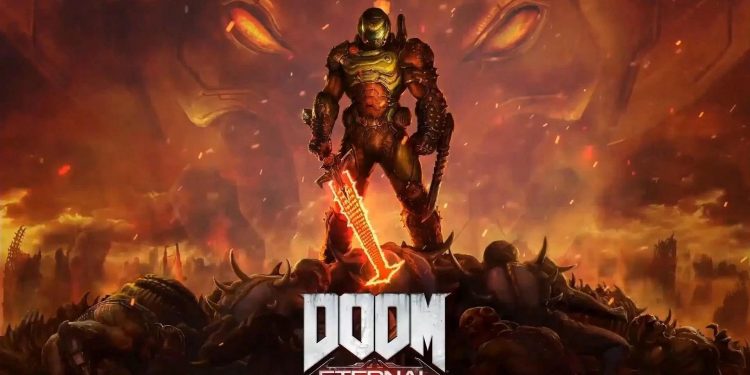 Part One of the new Doom Eternal DLC and a new Update for the game was released yesterday, October 20, 2020. The paid expansion pack is called the “Ancient Gods DLC” which features new missions, new enemies, and new locations. This expansion pack does not require you to have Doom Eternal to play. It can also be played as a standalone game.

Doom Eternal is one of 2020’s popular first-person shooter video games developed by id Software and published by Bethesda Softworks. It is the sequel to the 2016 game Doom and is the fifth main game of the Doom series. Doom Eternal was released on March 20, 2020, for Microsoft Windows (Steam store), PlayStation 4, Stadia, and Xbox One and a Nintendo Switch, PlayStation 5, and Xbox Series S/X version is also in works. The game is available in singleplayer as well as multiplayer modes.

The Ancient Gods DLC takes place after the events of the main game and you will find yourself facing the demons in Urdak. Along with three new maps, new missions, and locations, The expansion pack also features a new Maykr Slayer skin, and New Support Runes.

Three new maps which are introduced in this expansion pack are-

The new Maykr Slayer skin is available on the purchase of The Ancient Gods- Part One or the Year One pass. The Maykr Slayer collection is packed with new podium animations, alternate skins, icons and player badges.

The new expansion pack also includes Demon Slayer Skins like Industrial Espionage, Wetland Warrior, and Blood Slayer which can be unlocked after completing all the secret encounters in each level.

The new Update 3 was also released yesterday along with the DLC. It features some bug fixes for PC as well as console versions of the game. Apart from that, a new Battlemode Update is also introduced which brings new updates and fixes for all platforms.

Archvile’s Fireball attack damage has been increased from 14 to 18.

Pain Elemental’s Soul Shield ability duration has been decreased from 6s to 5s.

Mancubus’ Smoke Bomb ability cooldown duration has been decreased from 15s to 13s.

You can read the entire patch notes here which give a detailed explanation about the Ancient God DLC and Update 3.

You can watch the launch trailer of Ancient Gods DLC- Part One below.