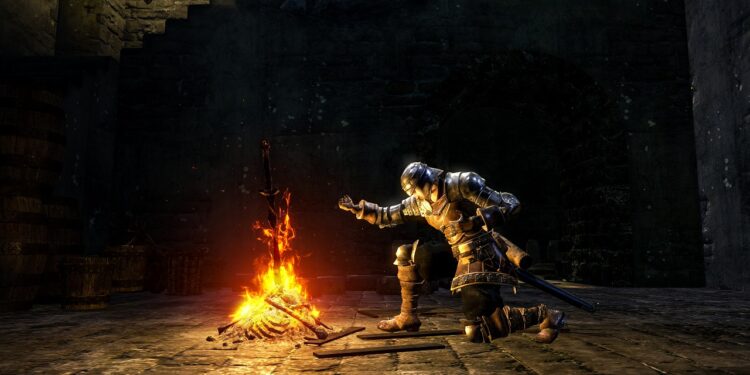 FromSoftware’s action RPG title Dark Souls (2011) has been named the Ultimate Game of All Time at the 2021 Golden Joystick Awards. Dark Souls beat Minecraft, Half-Life 2, The Legend of Zelda: Breath of the Wild, and Doom to win this honor by 12% of public votes.

Thank you for making #DarkSouls the Ultimate Game of All Time at the #GoldenJoystickAwards. We are truly humbled!

As the fire fades and we look back on a decade of memories, we are tasking you with one final quest in anticipation of the release of @ELDENRING. pic.twitter.com/47knsW8ane

Dark Souls director thanks fans and the development team

In his statement to Yahoo Japan, Dark Souls director Hidetaka Miyazaki said “Thank you very much for receiving such a wonderful award. It’s still unbelievable that the user chose from the nominated works, but I feel it’s a great honor.” He also went on to thank the players who supported the game. ” Thanks to everyone who was involved in development, cooperation, and support at the time, including From Software and Bandai Namco Entertainment, and above all, thanks to the users who played and supported the game. is. I’m really thankful to you,” he said.

After the game’s launch in 2011, FromSoftware released two sequels that were massively successful as well. In 2018, they released the Dark Souls: Remastered which ran at 60 FPS and supported 4K resolution. Meanwhile, FromSoftware is working on Elden Ring, which will feature gameplay similar to Dark Souls. It was supposed to release in January 2022 but was delayed by a month to February 2022.

Ultimate Game of the Year

Ultimate Hardware of All Time

Ultimate Game of All Time

Mobile Game of the Year

Studio of the Year

PC Game of the Year

Nintendo Game of the Year

Xbox Game of the Year

PlayStation Game of the Year