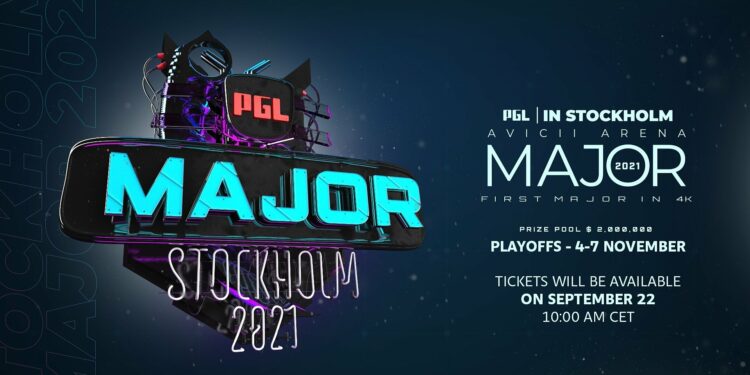 0
SHARES
228
VIEWS
Share on FacebookShare on TwitterShare on Whatsapp

After battling through several qualification tournaments and accumulating enough RMR points, all 24 teams for CSGO Major 2021 have been finalized. This is the first major in over two years and it’s being hosted by PGL in Stockholm from October 26 – November 7, featuring a $2,000,000 prize pool. Following teams will be featured in the upcoming Major-

The tournament kicks off on October 26 with the New Challengers Stage consisting of 8 Challengers and 8 Contender teams. It will feature 16 Team Swiss System Format and will be played till October 29.

All matches are BO1 except elimination and advancement matches, which will be BO3. The bottom 8 teams from this stage will be eliminated whereas the top 8 will advance to the next stage. The New Legends Stage consists of 8 legends who will be joined by the top 8 teams of the New Challengers Stage. The format for this stage remains the same. The bottom eight teams will be eliminated and the top 8 will advance to the New Champions Stage.

The Fall: Epic Games’ free game for next week is all about action and puzzles