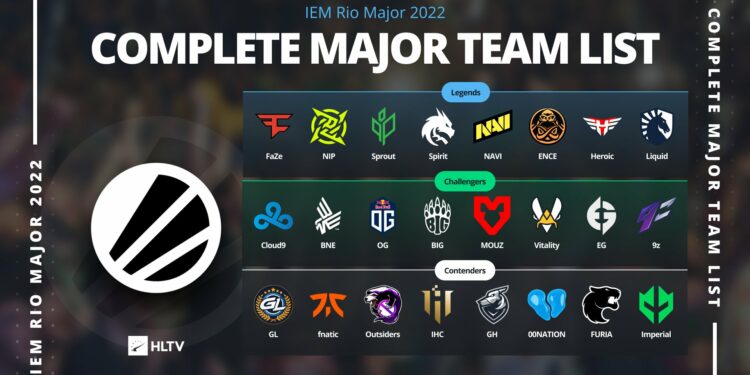 0
SHARES
102
VIEWS
Share on FacebookShare on TwitterShare on Whatsapp

CS:GO teams and fans from all over the world are prepared for the upcoming Rio Major. Following RMR matches, teams have booked their slots in the Legends and Challenger stages of the major.

The Legends Stage featured 8 slots, out of which 7 were reserved for teams from the EU while one slot was for an NA team. Defending champions FaZe Clan was the first team to qualify for the Rio Major as Legends.

See you in 🇧🇷 SOON pic.twitter.com/HFYr6fdjDJ

Faze Clan is joined by NaVi, NIP, Sprout, Spirit, Ence, Heroic, and Team Liquid which is from the NA region. The Challenger Stage is divided into two- Challengers and Contenders.

The biggest surprise was G2 Esports and Astralis failing to qualify for the major.

This change means any teams who qualify for the major will now earn prize money. pic.twitter.com/kh2VQNB9hr