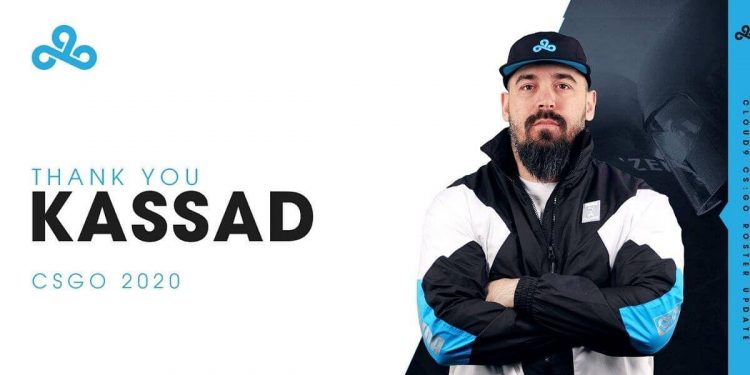 Aleksandar “⁠kassad⁠” Trifunović who was the newly appointed coach of the Cloud9 CS:GO roster has left the organization following indifference with the team’s IGL Alex “⁠ALEX⁠” McMeekin. Kassad was appointed as the coach of the team by Henry “HenryG” Greer who became the General Manager of Cloud9 and was given the responsibility to build a new roster.

Over the course of one month, they put together a team that would clash head-on with other CS:GO teams. Kassad previously coached 100 Thieves and later took over the coaching duties for the “Colossus”.

Following the departure, HenryG stressed there is no bad blood between Kassad and Alex. “No one is or was at fault and there is absolutely no bad blood between him, the org, or players. It simply felt like there was somewhat of a stylistic clash between the IGL [ALEX] and kassad’s game, leading to a few too many compromises from a strategic point of view.”

The new Cloud9 roster is 4 months old and the best they did was place in the top four at BLAST Premier Fall Showdown and made it to the playoffs at DreamHack Masters Winter. The team is now without a coach and HenryG says he still thinking on how to take things ahead.

He says, “I am still deciding which path to follow regarding the position. Considering the recent controversy around the role, my options are rather limited. Also, I think coaching is still a bit of a dark art we haven’t quite harnessed when it comes to CS:GO. With that said, I am absolutely willing to take a gamble on someone looking to prove themselves at the very top.”