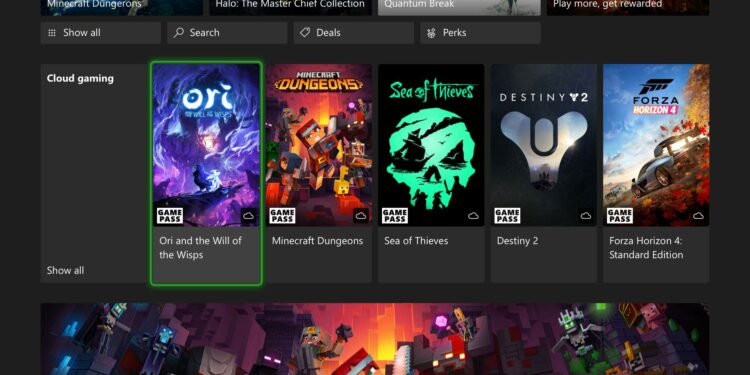 During yesterday’s Gamescon 2021 stream, Microsoft announced that they’re bringing Cloud Gaming to Xbox One and Xbox Series X/S consoles this holiday season. This will allow Game Pass Ultimate members to play over 100 games without having to download them. Until now, Cloud Gaming was only available on PC, phones, and tablets for those with the Game Pass Ultimate subscription.

By eliminating the need for installation, Game Pass Ultimate members will save time as well as device storage space. Microsoft notes that players will also be able to try next-gen games on the old-gen console through Cloud Gaming. However, this will require fast and stable internet speeds to ensure smooth gameplay.

Microsoft says the testing for this feature on Xbox One and Xbox Series X/S will begin this Fall as a part of the Xbox Insider program. The company also adds xCloud on consoles will feature high resolution and 60 FPS support just like on PCs, phones, and tablets.